American craft breweries over the last 20 years or so have completely changed the beer landscape worldwide and over the last 5-10 years we have seen a massive increase in small breweries opening up on this side of the pond with the UK beer scene never being more diverse. In the last year alone we have welcomed Elusive, 360 Degree, Middle Child, Jawbone, Beak and Phantom breweries onto our shelves. However, we will always have respect for some of those great US craft breweries that really got the movement going and have had the likes of Sierra Nevada beers in store for a number of years now.

Last year we introduced the iconic Stone Brewing Co of San Diego, California and their beers have since gone down a storm, so we were delighted when some Cigar City beers of Tampa, Florida became available a few weeks ago. A fantastic, award-winning brewery founded in 2009 their name might be slightly familiar as every year they do a collaboration with Siren Craft Brew producing a range of December specials each year. We have taken a pair of refreshing, easy-drinking wheat-based ales from them.

Brand, brand new in is Founders Brewing Co of Michigan. Started in the late 1990s Founders have gone on to become a multi-award winning brewery that is consistently rated as one of America’s best producing some of the highest-rated beers in the world. Their legendary KBS bourbon barrel-aged Imperial Stout is right up there with any other stout on the planet and has a perfect RateBeer score of 100. So we are pleased to introduce seven new beers from this great pioneering US brewery. 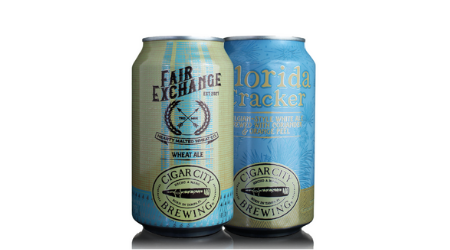 Cigar City Brewing was borne out of Floridian Joey Redner's desire to bring the culture, history and cuisine of Tampa, his home city, to an international audience. Together with brewmaster, Wayne Wambles, they launched the first batch of Cigar City Brewing's beer in early 2009.
They have developed a number of ambitious and innovative brews, gaining traction in the craft beer community and earning themselves a number of awards.

Cigar City Brewing has expanded its reach to international audiences and we are thrilled to be able to bring them to our customers at Noble Green. 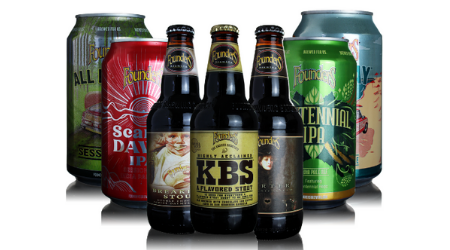 Founders Brewing Co of Grand Rapids, Michigan was founded by Mike Stevens and Dave Engbers in the mid-1990s. It has since grown to be the 15th largest brewery in the USA.

Founders produce a range of year-round staples, as well as several seasonal and limited-edition varieties.

Their beers are very highly-rated and have won a number of awards and we are pleased to introduce seven of them to you!

New in czech and german beers!