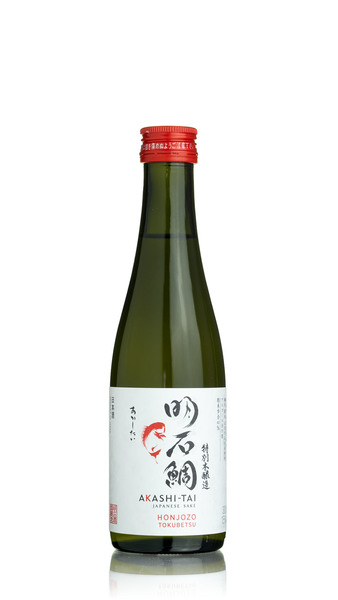 A tasty sake made using Gohyakumangoku rice from Hyogo. Akashi-Tai recommend you enjoy the citrussy flavour of this by serving it warm. 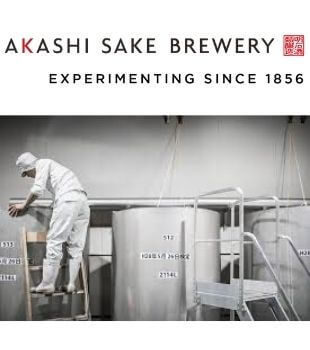 The brewery has been in Akashi on the shore of Osaka Bay since it started over 150 years ago. The straits of Akashi are famous for the fierce currents and whirlpools that form as the tides rip through, which makes life difficult for the fish that live here. But that difficulty rewards the hardy, and makes the fish strong. The best Sea Bream is the one that strives the most and fights the hardest. The brewery admires the strength and resilience of this noble fish, which is why they chose it as the symbol of our flagship sake. It represents all the qualities they admire, the qualities we seek to express.

Akashi brew using traditional equipment and methods, always by hand and in small batches, the way it has been for centuries. However traditional doesnt mean closed-minded, conservative or non-progressive. The way to truly respect tradition is to keep it alive, and to do that you sometimes need to be willing to question and challenge. This requires an insatiable curiosity, youth of mind, and the strength of character to follow your own path, but with a profound understanding of and respect for the centuries of tradition and craft that have led to where they are now.