In a nutshell:
A full-bodied, deep Douro red from one of the leading producers of Northern Portugal.

The lowdown:
The Symington family, the makers of a third of the world's quality port, have branched out into still wines from the Douro. This 100% Touriga Nacional has dark, rich and plummy fruits with aromas of violets, pepper, hints of cloves and lavender, and sweet spices all held together by a backbone of smooth tannins.

When to drink:
It's a complex wine with a long finish, and is great with game and red meats. 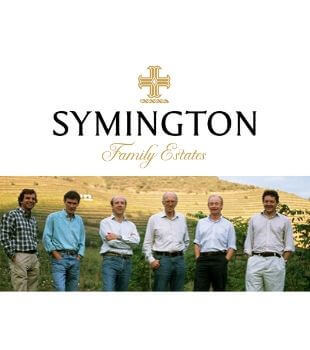 Symington Family Estates is an entirely family-owned and managed company and is one of the leading quality Port producers who are based in Oporto and responsible for the making of approximately 32% of all premium Port categories. Five of the family, Paul, Johnny, Rupert, Dominic and Charles work together maintaining the vineyards and making the wines of their four historic Port houses: Graham's, Cockburn's, Dow's and Warre's. The family also own Quinta do Vesúvio, one of Portugal's greatest vineyard estates. Paul's daughter Charlotte and Rupert's sister Clare also work with the family in the UK.

The Symingtons conduct extensive research into Douro viticulture and winemaking in their experimental vineyards at Quinta da Cavadinha in the Pinhão Valley, at Quinta do Bomfim in the main Douro Valley and at their 'Vine Library' at Quinta do Ataíde in the Vilariça Valley. In the past the family developed the modern treading lagares, which became the most significant advance in the production of premium quality Ports for many years.

They have also been amongst the pioneers in the development of Douro DOC wines, producing Chryseia, Post Scriptum and Prazo de Roriz with the Prats family of Bordeaux, as well as other Symington Douro wines from Quinta do Vesúvio, Quinta do Ataíde and the Altano range.

Since 1999 Altano has been the flagship brand for the table wines produced by Symington Family Estates, famous for producing Port and with over a century's expertise of winemaking in the Douro Valley. The range is made up of two red wines, Altano Organic and the flagship Altano Quinta do Ataíde Reserva, together with a zesty, aromatic white.