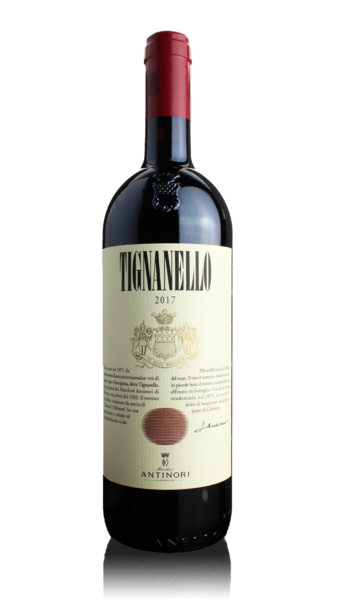 In a nutshell:
The wonderfully powerful yet elegant famous Super Tuscan.

The lowdown:
The Tignanello estate in the heart of Chianti has long been an innovator. Cabernets Sauvignon and Franc were first planted in the 1920s and first used in the wine in the '70s, the first estate to do so and Tignanello was the first Sangiovese wine to be aged in small oak barrels. Potent and complex with intense flavours of cherries, plums, liquorice and spices with notes of balsamic, rosemary and smoke.

When to drink:
Full-bodied, long and extremely elegant. 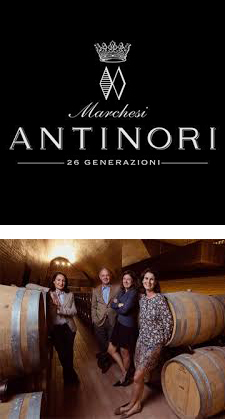 Today Antinori is, without doubt, one of Italy's most prestigious wine producers. Based in Tuscany, their headquarters are in the small town of Bargino south of Florence. It was during the 1960's when Piero Antinori took over the estate they've expanded thoughout both Italy and the wider winemaking world and in the process achieved enormous recognition.

Prior to their rise to pre-eminence The Antinori family have been producing wine in Tuscany for six centuries through twenty-six generations of uninterrupted family ownership. The first recorded mention of the family dates from 1188, when they worked in the silk trade. They moved to Florence in the early thirteenth century where their name can still be found at the Palazzo Antinori.

The purchase of the Tignanello estate in the early twentieth century was one of the pre-cursors of their remarkable period of expansion, which shows no signs of abating. Through judicious acquisition of vineyards and an uncanny knack for developing iconic wines, Antinori has become Tuscany's - arguably Italy's - pre-eminent wine producer, with an important presence in Piedmont, Lombardy, Umbria and Puglia.

Tuscany and Umbria are the regions where Antinori has the highest concentration of vineyards, totalling almost 1,400 hectares of prime sites. Some of the wines - Badia a Passignano, Pèppoli, Tignanello and Solaia - are each the product of a single estate, while Villa Antinori and the Vin Santo are blends of selected lots from several of the family's vineyards, including the flagship Tenuta Tignanello site.