With an assault of lemony and smoky aromas followed by appetising liqueur like flavours it packs a lot of punch while still keeping a pleasantly light touch on the palate. A classic Speyside style. 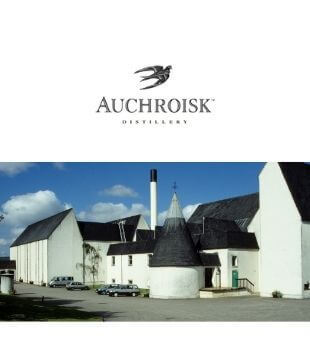 A relative newcomer, Auchroisk distillery was established in the 1970's in Banffshire, Speyside. Set up on a site specifically to draw water from a well judged to produced ideal water for the regions style of whisky, Auchroisk was originally branded as Singleton beacause some considered the name to difficult for non-locals to pronounce. However several changes later and the distillery has returned to its original title. It's a part of Diageo's extensive stable of distilleries.