In a nutshell:
A classic German Pils from Munich's Augustiner-Bräu.

The lowdown:
A lager brewed to the original Pilsner recipe by one of Bavaria's finest breweries. With fine notes of hops and lightly sparkling this Pils is brewed with only the finest ingredients. Crisp and clean with a rounded mouthfeel. 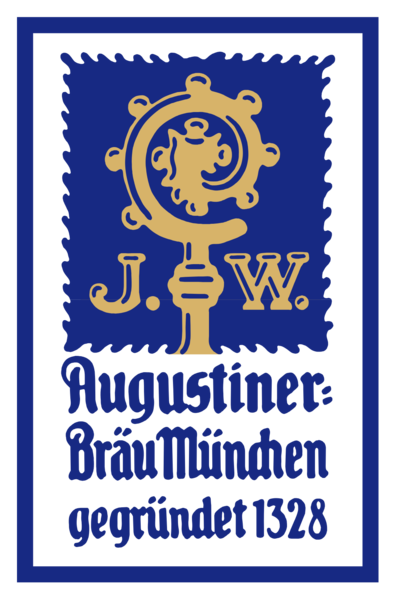 The first mention of this ancient brewery established by Augustinian monks is back in 1328. And it was under the control of the monastery that brewing was carried on continuously for several centuries until it was acquired by Anton and Therese Wagner in the early nineteenth century. Since then they've been a privately owned family business.

The current brewery on Landsbergerstrasse, a landmark in central Munich, was built in 1883 and reconstructed after WWII following extensive bombing damage.

They've been part of the official Oktoberfest since 1903, one of just six breweries who taek part. Until recent years their beers have not been seen much outside of their native Bavaria, but these days a little of the production does find its way abroad but usually only in quite limited quantities.