An elegant and stimulatingly dry Brut Champagne from the impeccable Ayala.

Every Champagne producer's Non-Vintage Brut is a key marker of their house style. This cuvée from Ayala is no exception; it's a little drier than some and the blend contains 40% Chardonnay which is a generous proportion. On the nose are expressive citrus notes and hints of florality and peachiness. It's very well balanced with a delicate complexity with the Chardonnay adding a lively, fresh fruitiness on the palate, whilst the Pinot Noir and Meunier gives it richness and length.

Beautifully crisp, dry and fruity it's the ideal apertif and brilliant with canapés and seafood. 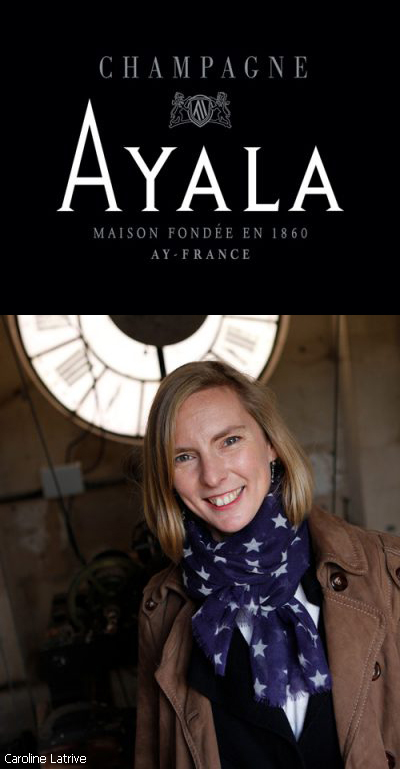 Champagne Ayala was founded in 1860 by Edmond de Ayala and is based, along with many other famous Champagne houses in the small town of Aÿ on the edge of the Montagne de Reims.

While they've always been reckoned to belong to the ranks of the 26 prestigious Grand Marques it's fair to say they've never been considered quite in the top echelon although they've always been well regarded. They were, in fact, in the latter half of the 1800s one of the pioneers of drier Champagnes which are now the styles that dominate the market.

After a period in the doldrums during the late twentieth century things changed dramatically in 2005 when they were acquired by the Bollinger family who, along with significant investment, injected a new dynamism to their operations. A few years after the acquisition a new chef de cave, Caroline Latrive, was appointed, one of only a very few female head winemakers in any of the major Champagne houses and, being just 36 when appointed, one of the youngest. Chardonnay is one of her passions, which is very appropriate at Ayala, where their flagship cuvée, Brut Majeur, is composed of 40% of the variety and the reputation of their Blanc de Blancs cuvées is growing rapidly.

Ayala remain quite a small Champagne house where the focus is on quality above all else and with the financial security provided by their parent they can look forwards with confidence.