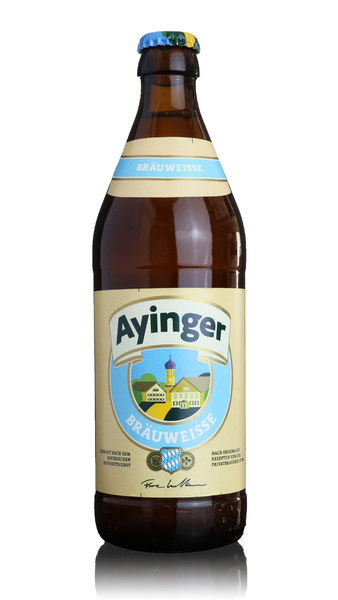 In a nutshell:
A tasty and refreshing Bavarian wheat beer from the Ayinger Brewery in the heart of Bavaria just south of Munich.

The lowdown:
Starting with a delicious lemon and vanilla scent followed by a tart and refreshing palate this bottle conditioned beer has an extra layer of complex fruitness, some herbaceous notes and aromatic florality. Pour it slowly and swirl it in the glass to keep the yeast in suspension and maintain its natural haze. 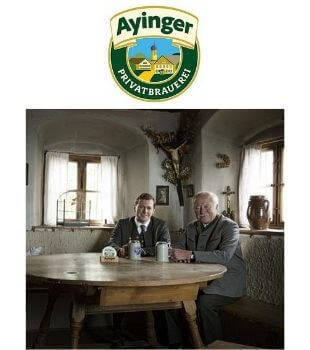 Located midway between Munich and the Alps in the village of Aying, Ayinger is a relative newcomer among Bavarian breweries. Established in the 1870s the brewery is well known for organising its own local Oktoberfest celebrations since its location precludes it from taking part in the larger annual Munich beer festival.

Interestingly Ayinger was brewed under license in the UK for several years by Yorkshire brewery Samuel Smith until 2006. Several of their ales have won the World Beer Championships, most notably their Celebrator Doppelbock has lifted this trophy several times.