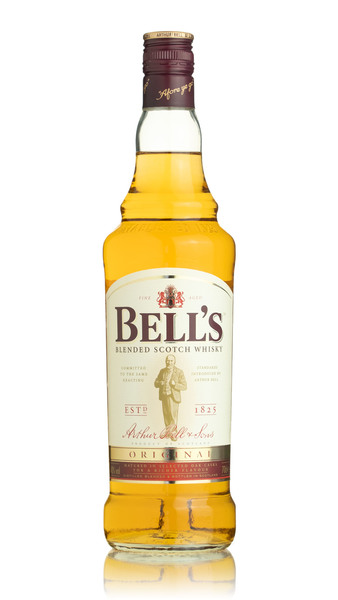 The lowdown:
Bell's Original is the UK's most popular blended Scotch. Soft and gentle on the nose, it's full of herby, floral and fruitcake flavours that sit nicely on its smooth palate and it finishes with a touch of smoky herbiness. 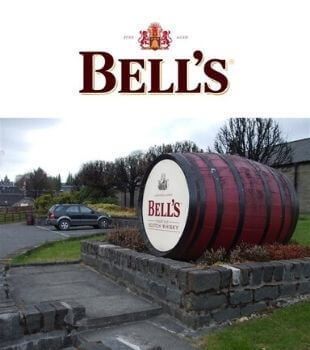 Bell's is a brand of blended Scotch whisky originally produced by Arthur Bell & Sons Ltd and now owned by Diageo. It is the best selling whisky in the UK.

The Bells distillery was founded in 1798. In 1851, Arthur Bell (18251900) began to blend various single malts together to create a more consistent blended whisky. Arthur Bell was the first known whisky manufacturer to appoint a London agent, by at least 1863. Bell's two sons joined the business in partnership in 1895. Arthur Kinmond (18681942) was appointed to manage the domestic market and Robert was appointed as head of the brand overseas. By the 1880s the company was focused on blended whisky. Arthur Bell died in 1900. In 1921 the partnership became a private company run by Arthur Kinmond after Robert retired to live as a country gentleman. The end of Prohibition in America created a surge in demand, which led Arthur Bell & Sons to acquire two distilleries in 1933: Blair Athol and Dufftown. In 1936 the Inchgower distillery was also acquired.

The Bell brothers died in 1942 and the company accountant, William Govan Farquharson, became chairman of the company. He focused on advertising the brand more heavily. Bell's became a public company in 1949. In 1954, Arthur Bell exported to 130 different countries.

By 1970, Bell's was the highest selling whisky in Scotland. In the early 1970s, Bell's could not afford the advertising budget of the larger whisky distillers. Instead, it focused on the use of mixers with its product. This increased the product's popularity with women, and Bell's revenues rose by 800% between 1970 and 1979. In 1978 Bell's became the UK's highest selling whisky. Much of the credit for this expansion is given to the then managing director Raymond Miquel. By 1980 the company had around 35 percent market share in the UK.

Arthur Bell & Sons acquired Gleneagles Hotels in 1984. In 1985 the company was acquired by Guinness for $518 million, and subsequently absorbed into Diageo.