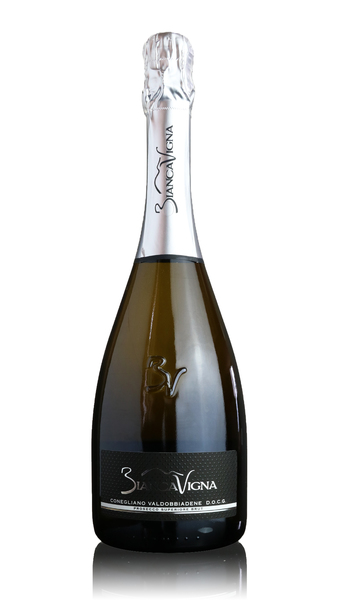 Founded only recently in 2004 Biancavigna is a high quality small prosecco producer run by brother and sister Enrico and Elena Mochetta. This cuvee is from the superior DOCG zone for Prosecco - where it all began. Rich and fruit filled with a creamy mouthfeel and lingering aftertaste it's easy to see that this is a cut above. 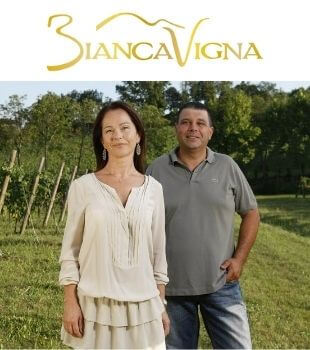 BiancaVigna is the brainchild of Elena Moschetta, who decided - after a decade in the international corporate world - to return to her roots in the Valdobbiadene valleys and produce high-quality Prosecco. She managed to enlist the help of her brother Enrico, who became chief winemaker, her husband Luca Cuzziol and his siblings Bepi and Grazia. The Moschetta family was not new to viticulture. Elena and Enrico's grandfather Genesio had a day job as director of a local dairy. But he tended the vines his father grew on their farm and actually acquired a few more, notably in the valued San Gallo vineyard. His son, Luigi, continued the expansion throughout the 1950s and 1960s, and encouraged Enrico to study oenology at the Oenological School of Conegliano.

However, Genesio, Luigi and (at first) Enrico all grew grapes to sell to the cooperative and later to specific wineries, where Enrico worked as a consultant oenologist. Finally, however, thanks to his sister's tenacity and vision, Enrico Moschetta was able to show what he could do with complete control of both growing and vinification, when BiancaVigna was founded in 2004. Their winery is in Ogliano, just to the north of Conegliano.

BiancaVigna owns 30 hectares of land, with parcels in both the DOC of Prosecco and the Prosecco Superiore DOCG of Conegliano Valdobbiadene. This includes some from the prestigious 'crus' of Rive di Solligo, Rive di Ogliano and Rive di Collalto. Enrico knows them all in detail and understands how to get the best out of them.