In a nutshell:
Crisp and fresh lager from New York's Brooklyn Brewery.

The lowdown:
This has long been Brooklyn's flagship beers and one of those which helped kick start the craft beer revolution. Dry hopped, fresh, flowery and firm it has a superb balance of sweet malt and crisp bitter hops. 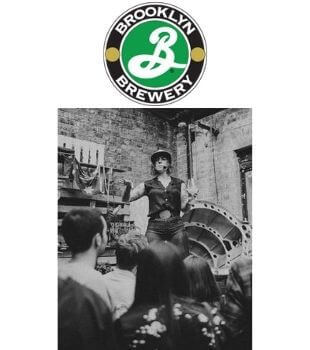 Brooklyn has always been a haven for immigrants and entrepreneurs. In the 19th Century, many of the immigrants were Germans who brought with them their taste for good beer and their tradition of brewing beer by the Reinheitsgebot, the purity law that since the 1500s has legally forbidden the use of any ingredients other than hops, malted barley and wheat, yeast and water. Brooklyn became one of Americas foremost brewing centers in the 1800s.

In 1987, former AP Middle East Correspondent Steve Hindy and banker Tom Potter quit their day jobs and started The Brooklyn Brewery peddling Brooklyn Lager in the streets of New York City. In 1996 they opened a new brewery in Brooklyn's Williamsburg neighborhood. In 2016 the major Japanese Kirin brewery acquired a 25% stake in the business. Today The brooklyn Brewery is among Americas top 40 breweries, and Brooklyn Lager is among the top draft beers in New York City.