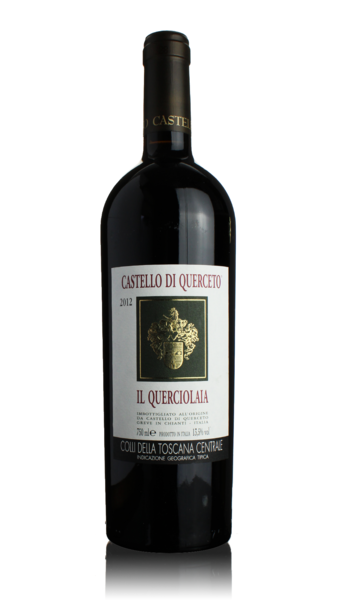 In a nutshell:
A savoury, spicy and nicely mature Tuscan red blend.

The lowdown:
A blend of around two thirds Sangiovese and one third Cabernet Sauvignon from thirty year old vines it's aged in oak barrels for around 20 months before bottling. This is one of Castello di Querceto's top wines and it's not hard to see why. It's now nicely mature and has some quite developed, almost meaty aromas and a rich, full bodied palate with some warm spiciness underlying the full, fruit character. As you'd expect the tannins are quite big, but very well integrated.

When to drink:
At the top of it's game right now it's great for immediate drinking and will be ideal with slow cooked red meats, roast game, or mature cheeses. 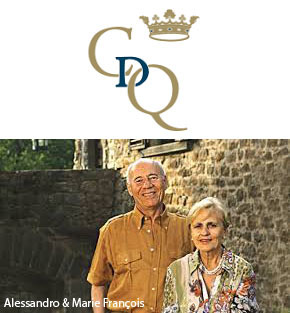 Castello di Querceto is located near Greve, in the heart of the Chianti Classico area. In the centre of the estate is the historic Castello itself, the current building dating back to the 16th century, but with much earlier origins. Its land extends over 190 hectares of vineyards, olive, oak and chestnut trees. Built in Roman times, the castle was bought by the François family in 1897 who had moved from France to Tuscany in the 18th century. In 2009 the Schenk family became co-shareholders of the property.

Since 1978 the things have been run by Alessandro François - it was his grandfather who bought the property - along with his wife Marie Antoinette, and children Leah and Simon. The other key people behind Castello di Querceto are winemaker Giovanni Cappelli, who has been with the company for 20 years and has contributed greatly to its growth, and agronomist Giacomo Grassi, who has been the driving force behind the expansion of the area under vines.