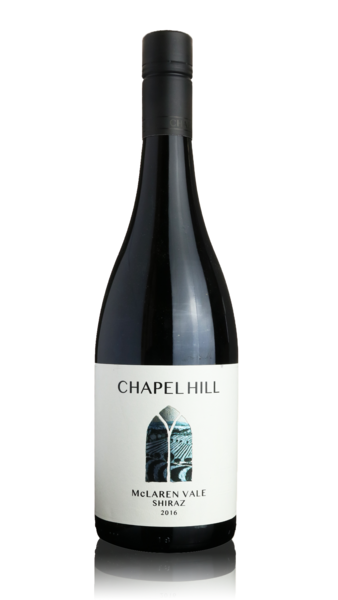 A great, mature and complex Shiraz with a full-body and savoury yet firm tannins. Ripe red and dark berry fruits with woody and earthy spices and hints of liquorice. The 2010 vintage is showing very well at the moment - a very good wine. 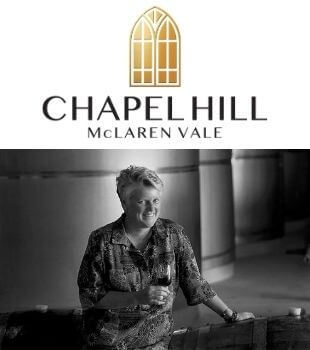 In 1970, Adelaide Professor Thomas Nelson purchased the Chapel and its land from the Uniting Church. Positioned high atop a ridge in Northern McLaren Vale, he planted the first vines in 1972. Tirelessly he worked to renovate the Chapel into a winery, office and tasting room, creating the foundation of the current Chapel Hill Winery.

The stain glass window in the Chapel Hill logo which was also a feature of the Chapel was constructed in 1770 in Glasgow.

Winemaker Pam Dunsford led the growth of Chapel Hill Winery into the world-renowned wine producer that it is today. In 1983 she became the first female to graduate from Roseworthy's acclaimed winemaking course.

Chapel Hill has had only a handful of custodians since Thomas Nelson, with the Sellick and Gerrard families adding to the rich tapestry of buildings, brand and place. Now owned by the Swiss Schmidheiny family, in 2014 Chapel Hill celebrated it 40th consecutive vintage.