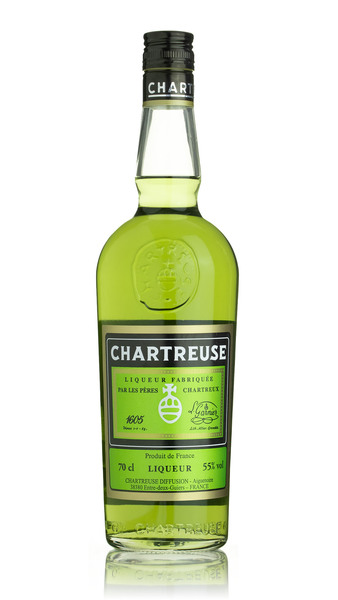 The famous naturally green liqueur. Only two Chartreuse monks know how to identify, macerate and blend the 130 plants used in the recipe and they alone supervise the aging process. Drink very cold, on the rocks - traditionally served as a digestif but know being enjoyed as a long drink as well. 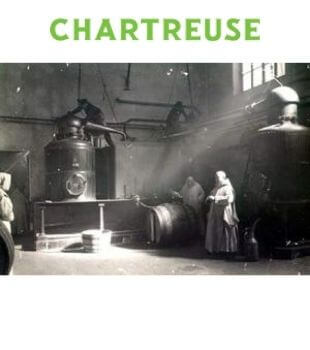 A first version of the Vegetable Elixir was developed at the Carthusian Monastery of Vauvert in Paris between 1605 and 1737. The Vauvert monastery was destroyed during the Revolution; it was located on the current site of the Luxemburg Gardens and in 1764 Brother Jérôme Maubec, fixed to the final formula for Elixir Végétal.

Up until 2017, the only place that produced Chartreuse liqueur in France was the Voirin distillery. Since November 2017 distillation has started in Aiguenoire. Aiguenoire, former land of the Carthusians from 1618 to 1789, marks a true return to the sources for Chartreuse liqueurs.