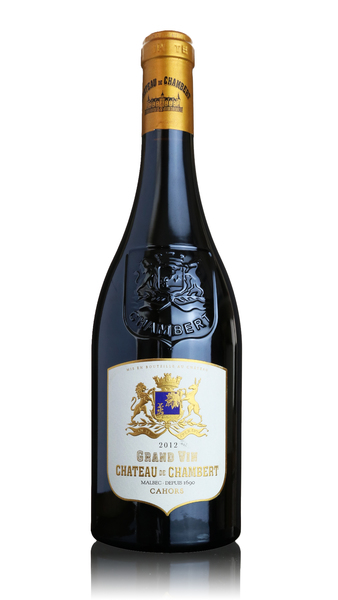 In a nutshell:
A superb 100% old-vine, biodynamic Malbec which is among the best wines in th south western appelation of Cahors.

The lowdown:
Historically the Cahors wine region, up river from Bordeaux, has always been in the shadow of its illustrious neighbour producing good, honest wines but without the prestige of Claret. However, this from Château de Chambert - their top cuvée - is one that easily bears comparison to some of Bordeaux's best. It's 100% Malbec, the signature grape of Cahors, from their oldest vineyards and is a good representaiton of the the region's best terroir. Fermentation takes place naturally using the yeasts living on the grape skins after which time it spends 14 months in 50% new oak barrels. Full of dense, ripe red fruits, violets, spices, softly smoky notes and silky round tannins this is a generous and rich wine with a powerful structure accompanied by elegant acidity. Full bodied, yet very elegant it's satisfyingly long at the finish.

When to drink:
A concentrated and complex wine that's got great longevity. Rich, red meat and game dishes are the sort of thing to eat with this. 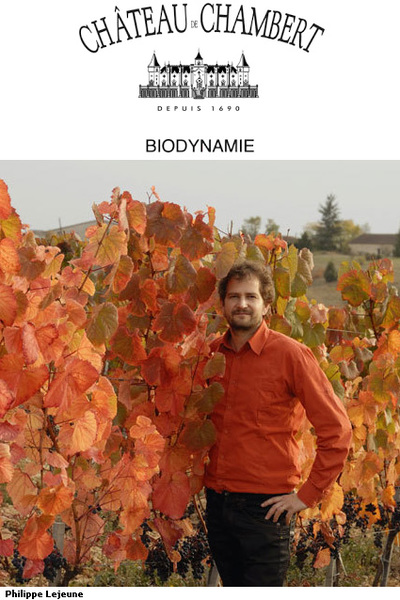 Château de Chambert lies 30 kilometres west of the town of Cahors, between the Atlantic Ocean and the Mediterranean Sea. Owned and run by Philippe Lejeune since 2007, with the additional support of consultant winemaker Stéphane Derenoncourt, the estate has garnered considerable attention in France. The estate gained organic certification in 2012 and was certified biodynamic at the end of 2015, making it the largest organic and biodynamic estate in Cahors. Philippe also keeps highland cattle which can been seen roaming the fields surrounding the Château from Spring until harvest, after which they are allowed to wander the vines until the end of winter. In 2019, a new modern building suspended over the vineyard including a eception and tasting room, a biodynamic research lab and a professional kitchen was opened further enhancing the estate.

Today the Chambert vineyard covers 65 hectares, of which 45 hectares are planted with 80% Malbec, 17% Merlot and 3% Chardonnay. The vines are located high up on the limestone causse, or plateau, that is regarded as the best part of the Cahors appellation. The limestone gives freshness and balance to the wines, while the red iron-oxide that cuts through the soils adds colour, richness and a powerful intensity. At 300 metres above sea level, the night-time temperatures are fresh, while the warm September winds that blow northwards from Africa lower the risk of disease.