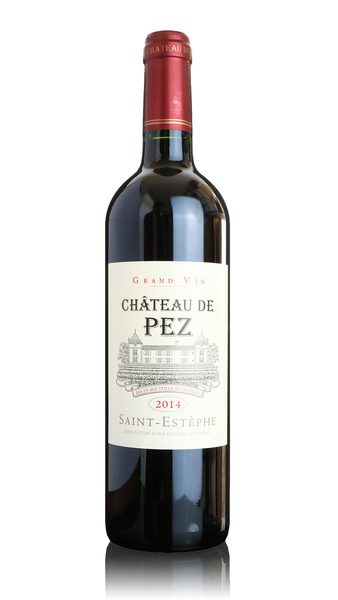 In a nutshell:
A classic Merlot and Cabernet left bank blend Claret.

The lowdown:
The 2014 is another vintage in archetypal St. Estephe style. With plenty of rich red berry fruit on the nose there's also a slight coffee bean hint underneath. The palate is quite full with blackcurrant, black cherry and soft spice flavours and well belanced by the supple tannins.

When to drink:
Just coming into its own now it'll improve further over the next few years and will be in top form form until around 2030. 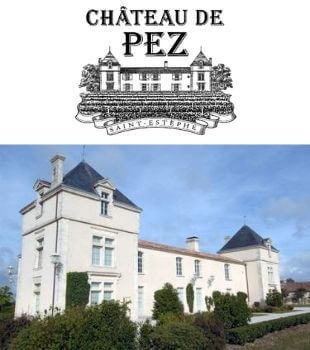 Château de Pez, west of the commune of Saint-Estèphe, rivals Calon Ségur as the most ancient of all the Bordeaux vineyards. Its 39 adjoining hectares enjoy ideal exposures on the hilltops around the Château itself.

The Pontac family, who also created Haut-Brion, gave the Château its vineyards and the property remained in the hands of descendants until the French Revolution. Subsequently sold as a property of the state, the domain belonged in turn to the Tarteiron, Balguerie, Lawton, du Vivier, Bernard, and Dousson families before being purchased in June 1995 by Champagne Louis Roederer.

The estate currently comprises 30 hectares of vineyards mainly of Cabernet Sauvignon and Merlot.