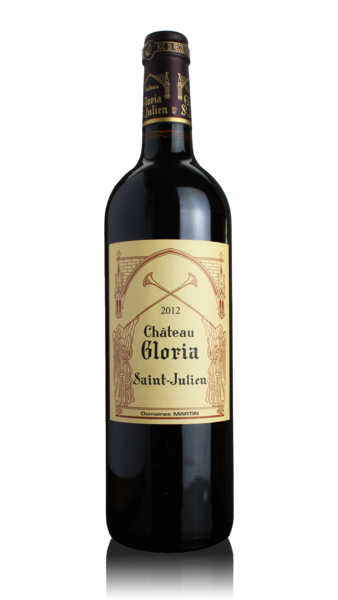 In a nutshell:
A plush and rounded Left Bank Claret from a Château that's a relative new kid on the block.

The lowdown:
Gloria is not one of the Médoc's historic Chateaux and is made up of parcels of vines previously part of some famous names. However in the last half century it's created a very good name for itself. A blend of 63% Cabernet Sauvignon, 27% Merlot and a little Cabernet Franc and Petit Verdot it's aged in for 14 months in 40% new oak barrels. On the nose there are aromas of ripe red fruits with some vanilla hints. In the mouth it's medium bodied with a smooth and sleek feel, blackcurrants and soft tannins predominate and it rounds off with a good depth of flavour and even some hints of coffee.

When to drink:
Classic, well made, Saint Julien it's drinking wonderfully well right now and will stay in top form through to the mid 2020s. 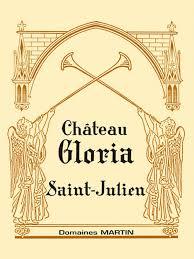 Château Gloria is a part of Domaines Henri Martin and is based in the village of St Julien on the left bank of the Gironde estuary. Despite being regarded among the best wines of the appellation it doesn't appear in the 1855 classifiaction, as one might expect, because it's actually of more recent establishment, so missed the boat as far as the classification went.

Winemaker and longtime mayor of Saint-Julen-Beychevelle Henri Martin built the estate in the 1940s and 50s by acquiring small parcels of vines from around the appellation. Eventually it grew to 48 hectares in size of which two thirds is planted to Cabernet Sauvignon. The success achieved allowed the acquisition of further properties such as nearby Château Saint Pierre which now form part of the small stable Domaines Henri Martin. Henri Martin himself died in 1991 and the current owners of the estate are his daughter Françoise and son-in-law Jean-Louis Triaud.