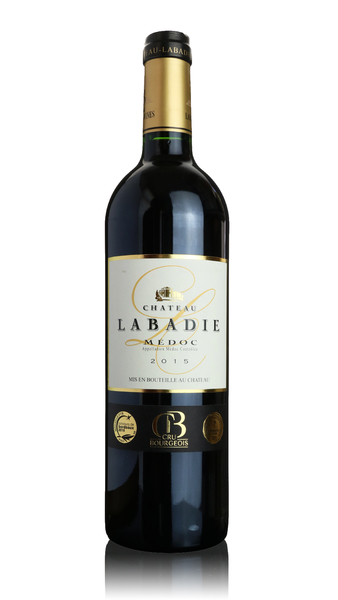 Pleasant, easy drinking, reliable Claret from an up-and-coming estate near the tip of the Medoc. Almost half and half Merlot and Cab Sav with a little Cab Franc and Petit Verdot. Rich aromas lead onto a smooth palate of dark fruit, spice and toasted notes with grippy tannins. The 2014 vintage won a Gold Medal at the 2016 Concours de Bordeaux wine competition. 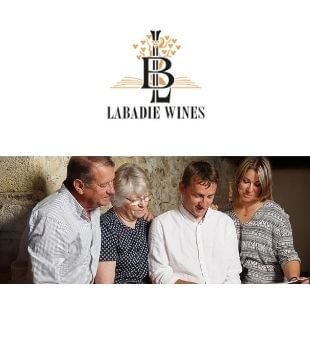 Château Labadie lies close to the village of Bégadan in the Médoc area. The name comes from the first block of vines bought by Yves Bibey.

The vineyard is situated between the Gironde river and the Atlantic ocean, so it takes advantage of a particular climate which gives sweetness. The vineyard of this family-run estate is divided into two very distinct parts: clay-limestone soils, providing the wine with good structure and gravels, which add finesse and a certain fruitiness.

In 1932 Château Labadie received the Crus Bourgeois distinction for the quality of the wine.
In 1988 Yves and Adelaide BIBEY decided to get rid of the co-operative to make wine by their own.
In 1999 Jérôme joined forces with his parents to take the estate over softly.
In 2003 the cru bourgeois distinction was confirmed in the new classification.
In 2011 the consecration with the Cru bourgeois 'cup award.