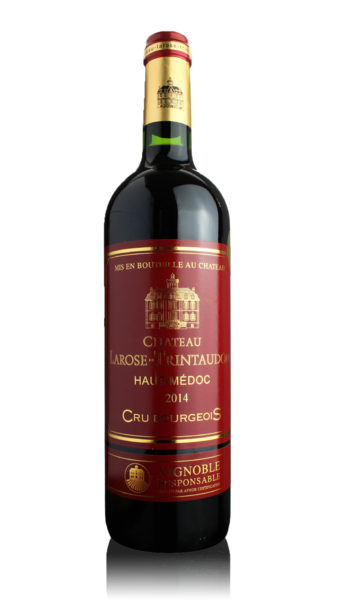 In a nutshell:
A delicious left-bank Bordeaux from a fine Medoc estate.

The lowdown:
Chateau Larose-Trintaudon has long been a highly regarded Medoc estate, a neighbour to Chateau Latour and situated on the borders of the Pauillac and Saint-Julien appellations, and lucky enough to have some of the oldest and finest soils in the Medoc. They consistently produce highly enjoyable wines and this 2014 has a lovely freshness typical of the vintage. A blend of 51% Merlot and 45% Cabernet Sauvignon with a little Petit Verdot as well and aged for 12 months in barrel. Fresh red berry and dark cherry aromas lead onto a medium-full bodied palate with cherry, plum, cassis, cinnamon and dried fruit notes with fine, precise tannins and refreshing, balanced acidity. A highly satisfying and rather moreish Bordeaux

When to drink:
Drinking very well now and will do so for another 5 years. Best decanted for up to an hour beforehand. 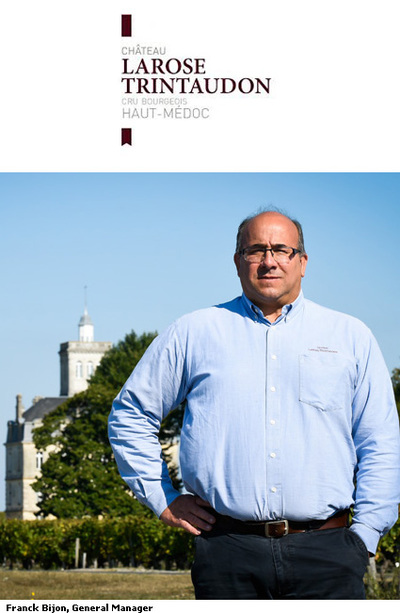 Château Larose Trintaudon dates back to 1719, but it was not until 1838, when Henry Delaroze, Mayor of Saint-Laurent, planted a vineyard on a gravelly mound in a place called Trintaudon, that its winemaking history began. During the subsequent years, the property fell victim to phylloxera and neglect and it was not until 1963, when Professor Émile Peynaud was brought in to replant the vineyards, that the Château set out on the path to achieving the reputation it has today.

Nestled between the communes of Saint-Julien-de-Beychevelle and Pauillac Larose Trintaudon has 190 hectares of vineyard and the soils here, a mix of fine gravel, sandy gravel and clay, are some of the oldest of the Médoc gravels known as the 'Pyrenean Layer'. They benefits from very similar growing conditions to that of their neighbour Château Latour. The vineyard is planted with 60% Cabernet Sauvignon and 40% Merlot, with an average vine age of 29 years. General Manager is Franck Bijon.