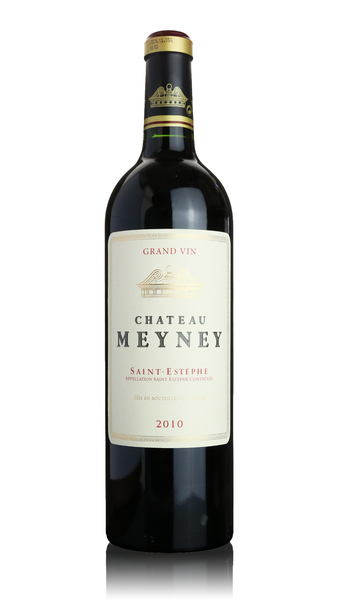 Superbly located on a mound overlooking the Gironde estuary, the Château Meyney lies at the centre of a single block vineyard of 51 hectares in the appellation of Saint Estephe. The Château is owned, today, by CA Grands Crus, part of the Crédit Agricole group, who also have several other prestigious Bordeaux châteaux to their name.

Its situation looking down onto the Gironde and the presence of the estuary helps protects the estate from frosts. The vineyard is planted on Garonne gravels and the vines have an average age of 35 to 40 years, divided between around 60% Cabernet Sauvignon, 30% Merlot and 10% Petit Verdot.

The vineyards, perched on a shallow hillsiide, overlook the Gironde estuary and reach an altitude of 20m. The proximity of the river provides protrction from frost during the spring when new buds are vulnerable. Parisienne Anne Le Naour who also looks after four other of CA Grand Crus' châteaux is the technical director of the estate. And while Meyney is just a cru bourgeois and not included in the 1855 classification, from those that she oversees, she considers it the one with the most potential.