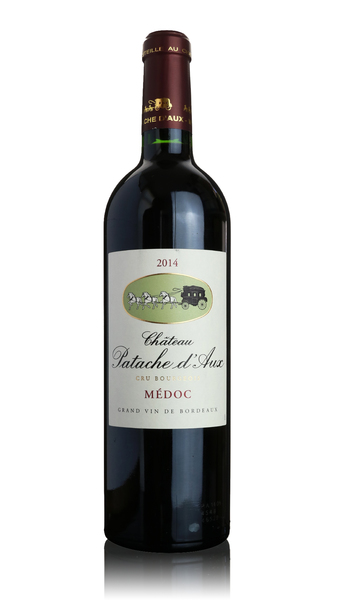 In a nutshell:
A well balanced, open and very approachable Left Bank claret from the northern Médoc.

The lowdown:
Patache d'Aux are one of the stars of the top end of the Médoc and their 2014, which is in perfect shape for immediate drinking, is a great exmaple of their style. Aged for 12 months in oak barriques before bottling the blend is around 60% Cabernet Sauvignon with the remainder being mainly Merlot. The aromas are of black cherries and liquorice with some herbal and spicy hints while on the palate some ripe blackcurrent flavours also come through and lead onto a rounded and pleasanty rich finish.

When to drink:
Fully in its prime this is very a rewarding left bank Claret for quite a modest price. Perfect with the classic claret accompaniment of roast lamb. 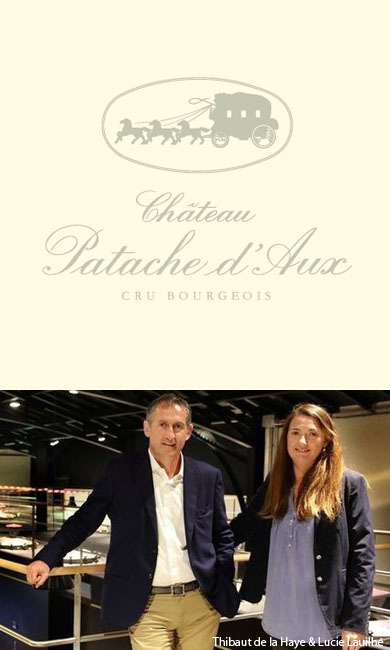 Château Patache d'Aux lies in the town of Bégadan in the far north of the Médoc peninsula above Bordeaux. Like many in this region it has a long history which, in their case, stetches back to aound the early 1600s. This part of the world is a quite distance away from the more famous Médoc appellations and prices for the wines from round here are correspondingly less exalted as a result. However, Patache d'Aux, along with their neighbour, Château la Tour de By, have built themselves a reputation as the star perfomers around here and the wines from both estates are always highly regarded.

Since 2016 Patache d'Aux has been under the ownership of Antoine Moueix Propriétés s managed by technial director Lucie Lauilhé and Thibaut de la Haye. Their vineyards are located in two different locations, one in Bégadan itself, while the other is 10km away at Saint-Christoly-Médoc where the vineyard is gently sloping, easterly facing and overlooks the Gironde estuary. In total they have around 65 hectares of vines with most planted to Cabernet Sauvignon, about a third to Merlot with the remainder being a small amount of Cabernet Franc and Petit Verdot.

For their price the wines of Patache d'Aux are reliably consistent performers and good expressions of the style of Médoc reds.