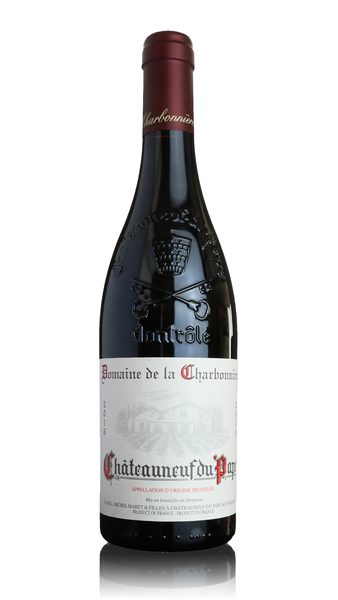 In a nutshell:
A ripe and accesible Châteauneuf from the warm southern Rhône valley.

The lowdown:
This is their cuvée du Domaine and the fruit comes from across their vineyards in the appellation with the blend being over two thirds Grenache with the rest being equal proportions of Syrah and Mourvèdre. Quite full in the mouth the black fruit characteristics are what comes to the front and is supported by some rich chocolate notes and a touch of pepperiness from the Grenache. 2016 was a pretty good year across the southern Rhône and this wine is certainly a good example of the levels of ripeness achieved.

When to drink:
While still youthful it's already good drinking and will continue to improve through into the middle of the 2020s. 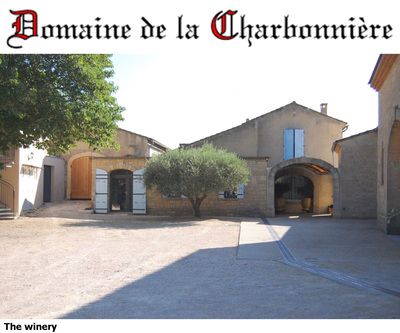 Domaine de la Charbonnière has been a family owned and run estate since its establishment in 1912 by Eugene Maret and is situated in the heart of the southern Rhône just outside the town of Châteauneuf-du-Pape itself. Michel Maret took over the reins in 1973 and is currently in the process of handing over to his two daughters, Véronique who looks after winemaking operations and Caroline who oversees commercial operations.

Their main vineyard holdings are in Châteauneuf-du-Pape from where they make some impressive red cuvées each from different parcels of land together with a white which is one of the best in the region. The also have a small vineyard in nearby Vacqueyras from where they produce an excellent and great value for money red. In all their wines have a reputation for excellent balance combined with a real intensity and depth of fruit character.