In a nutshell:
Wonderfully complex and layered - and the name that made New Zealand Sauvignon Blanc famous..

The lowdown:
The 2019 is the 35th vintage of the wine that gave Marlborough Sauvignon Blanc the global reputation it enjoys today. It's still reliably made to the same high standards with the fruit being sourced from a selection of vineyards across the Wairau valley. It's bright, vibrant, with an elegant balance of tropical and citrus character. The palate is mouthwatering, with concentrated juicy tropical notes, underpinned by a lively grapefruit acidity, carrying the intense fruit characters through to an impressively long finish.

When to drink:
The tropical flavours and bold aromatics make this a wine that's ideal with things like spicy oriental seafood or Thai green curries. 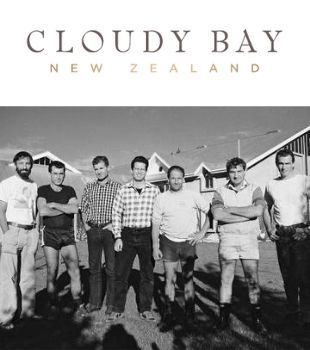 Cloudy Bay was one of the first five wine makers to venture into Malbrough, established in 1985. At the time, it was almost an unimaginable place to set-up a vineyard. But Cloudy Bay's founder - David Hohnen - was convinced of its potential to produce great wine and invested iin the best land of the region. Since then, Malborough has become New Zealand's leading wine region, as well as one of the finest winemaking locations in the world.

The winery was named after Cloudy Bay, a body of water explorer Captain James Cook came across during his voyage to New Zealand in 1770. Today, Cloudy Bay not only captures the essence of Marlborough but also embodies New Zealand's luxury to the world. The luxury of space and time, of intimate moments and nature's rarest qualities.