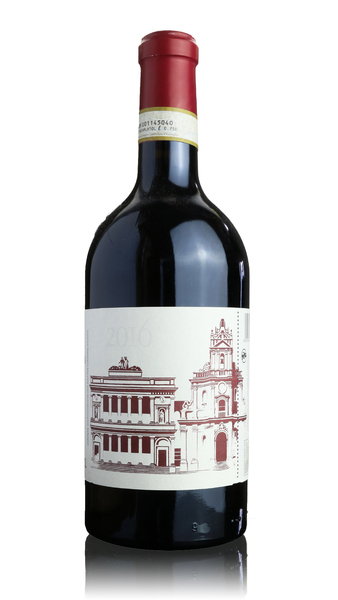 In a nutshell:
A distinctive Sicilian red with a deep aroma.

The lowdown:
Cerasuolo di Vittoria has been a DOC quality wine since 1973 and was promoted to DOCG in 2005, making it officially the first and only Sicilian 'Garantita', the highest quality level of Italian wine.The permitted grape varieties are Nero d'Avola which gives body and depth and Frappato which fresh fruitiness and a certain floral quality. It's brilliantly bright and lively in style and certainly not a big bruiser.

When to drink:
A regular staff favourite. Give it a few minutes in the fridge and it's great with meaty fish and it also stands up well to tomato based dishes. 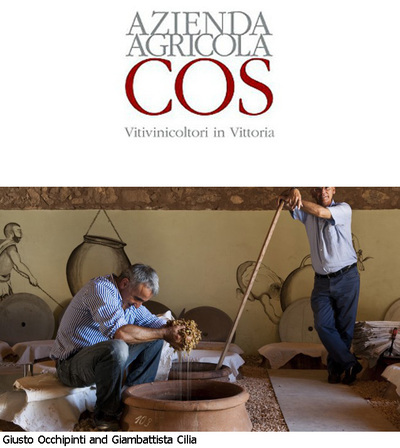 Founded in 1980 by three friends, Giambattista Cilia, Giusto Occhipinti and Cirino Strano, the combined first initials of their surnames giving the name of the winery. They are situated in the town of Vittoria near the southern tip of Sicily.

In 1980, they were the youngest wine producers in Italy. They received an old family winery from Giambattista Cilia's father Giuseppe and the nearby vineyard of bush trained vines in the town of Bastonaca. In October 1980 they harvested their first vintage and made just 1,470 bottles. COS began its adventure that would one day lead to the transformation of Cerasuolo di Vittoria.

The winery follows the principles of biodynamic faming in order to help the vines find and maintain a balance with nature in order to be able to express their true character and that of their terroir. For vinification, they decided to use terracotta vases that left no traces or aromas on the wine but were completely neutral vessels. In 2005, they made the first wine that bore the Denominazione dOrigine Controllata e Garantita (D.O.C.G.) designation, the only one in Sicily. In 2007 they moved to a new winery which saw the beginning of the sole use of amphorae after gettingt rid of the barrels that they had used. Today COS is associated not only with the success of Cerasuolo di Vittoria but also with rigor and quality. Its thanks to these three friends that the region of Cerasuolo di Vittoria was reborn and the area around Vittoria is thriving with its extraordinary wines.