A concentrated yet wonderfully elegant vintage port that has real ageing potential.

2017 was probably the best of three consecutive years of generally declared vintages. The wines from this year look like being quite rich, intense and powerful. The freshness of the floral aromas here are very attractive while on the palate it's exceptionally full-bodied, rich and powerful with black fruit coming to the fore. Gorgeous, ripe fruit is balanced by the fine tannin structure. On the finish it's typically austere and somewhat drier than many other ports with the intense fruit flavours lingering long on the palate.

This is one to put away until at least the late 2020s after which time it will remain in tip top shape probably until around 2060.

Vintage port is likely to contain sediment so should be decanted prior to drinking. 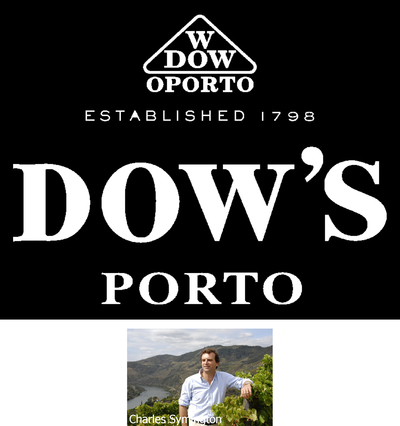 Since 1798, the name Dow's has been associated with the finest Ports from the Douro Valley. They've had a relationship with the Symington family which dates back to before the First World War and culminated in them taking complete ownership in 1961. Symington's are the sole remaining independent Port producer in the hands of just one family and in addition to Dow's they also count Graham's, Cockburn's and Warre's among their estates.

The Symingtons themselves are closely involved with the running of Dow's and Charles Symington is the person in control of winemaking at the estate. He is one of the most higly regarded winemakers in the industry. Dow's Ports are made at two of the most famous Quintas in the Douro: Quinta do Bomfim and Quinta da Senhora da Ribeira. The winery at Senhora da Ribeira has been extensively restored and while the current facilities are bang up to date with three innovative robotic lagares having been installed. However they still allow for grapes to be trodden by foot and retain some original stone lagares as well. The fruit from Bomfim and Senhora da Ribeira form the backbone of their impressive vintage ports and, outside of vintage years, they are also the source of very good value Single Quinta vintage Ports.