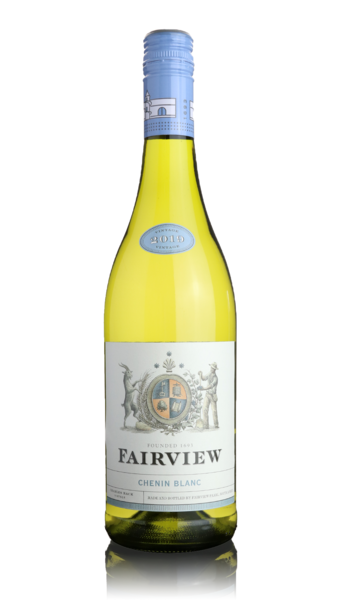 The lowdown:
The grapes for this wine are grown on non-irrigated bush vines on a decomposed grantic soil which adds a mineral note to the finished product. The grapes were hand harvesting and following fermenation on stainless steel the wine was left on its lees prior to bottling. The wine itself has ripe tropical aromas with a touch of citrus and a frsh, crisp and lively palate well balanced between a lime zing and mineral edge. 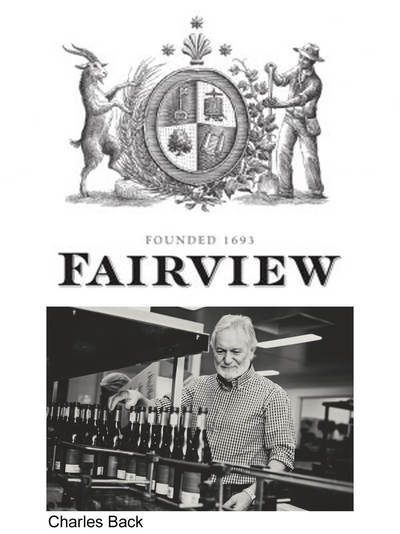 The Fairview estate is situated approximately 50 kilometres from Cape Town, on the lower slopes of Mount Paarl, and was planted with vines as early as 1699.

The property was bought by Charles Back's grandfather in 1937 and was subsequently run by his father, Cyril, before Charles took charge. His era has seen Fairview emerge to become one of the country's most exciting properties, with all its production now certified as Fair Trade. Charles doesn't use the certification, however, as he wants to sell on merit. The excitement engendered by Fairview, which holds Cru Bourgeois rating in Tim Atkin MW's classification of South Africa, was recognised in 2014 when Charles was given the 'Lifetime Achievement Award' by the International Wine Challenge. Though slightly alarmed at being given this gong when he was only 58, Charles was happy to join the likes of Hugh Johnson, Peter Lehmann and Michael Broadbent as a recipient of this award.

Charles continues to invest at Fairview, and has bought, in the past few years, both neighbouring properties. New vineyards have been planted on the hills, so the wines from this fine property will continue to improve over the coming years. Given their current level of quality, this is an exciting prospect.