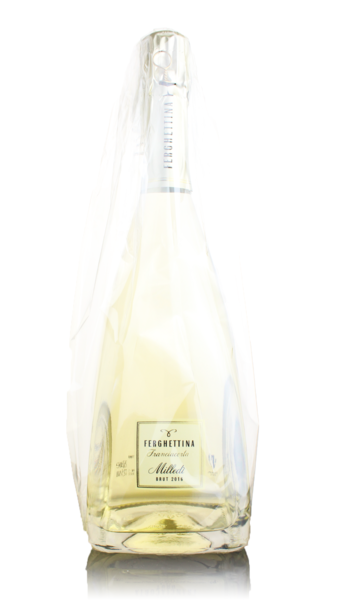 In a nutshell:
An elegant, superior quality, 100% Chardonnay Italian sparkler from Lombardy.

The lowdown:
Franciacorta DOCG is a small wine region of rolling hills in Lombardy just west of Brescia which is home to, possibly, the country's best sparkling wines. Ferghettina, as one of the leading producers, have played a significant part in bringing this region to prominence. This vintage cuvée is made purely from Chardonnay with only the first press juice being used. It's aged on its lees for at least 1,000 days (hence the name Milledi). Fresh and elegant with white flower and citrus notes, the palate is complex with brioche and more citrus characters giving a lovely weight and texture. The mousse is fine and persistent all the way to the lengthy finish.

When to drink:
An eye catching and superb qualty sparkler which is great by itself, or with fish, poultry and most definitely sushi. 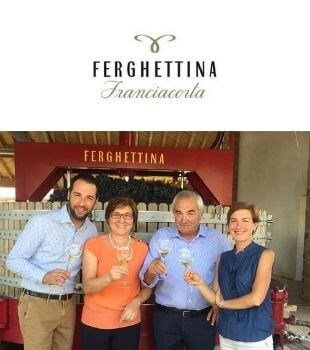 This winery owes everything to Roberto Gattis initiative, intuition and foresight. Roberto was born in Cazzago San Martino in 1953, to a family of farmers and vine-growers, but soon moved to Erbusco, in the heart of Franciacorta. In his youth he worked for a local farm with his father, and later on his own as the manager of the wine cellar and vineyards, for another well-known winery within the area.

He worked there for more than 20 years, mastering the viticulture of Franciacorta and the most modern winemaking techniques. In 1990, he and his wife Andreina took over the management of four hectares of land and a real estate located in Erbusco, where they soon created a wine cellar. After the harvest of 1991, Roberto presented his first two wines: a Terre di Franciacorta red wine and a white one.

Ferghettina was born, taking the name of the area where the winery was built. The following year Roberto produced his first Franciacorta, a brut thats still the strongest suit of the winery. Since then, Ferghettina has expanded significantly. Since Roberto was highly regarded in Franciacorta, he was able to rent several good quality plots on which to plant vines.

Nowadays, they run 200 hectares of vineyards located in 11 municipalities throughout Franciacorta, conforming to organic farming principles, in order to exploit the resources of the different soils as fully as possible and thus to enhance the quality of their wines. Ferghettina is a family matter: everything is managed by Roberto and Andreina, with the help of their children Laura and Matteo, both of whom are oenology graduates.