Berton Vineyards, who make this, are known for their modestly priced but well made wines of which this is a good example. After fermentation the wine was left for a period on its lees to add a creamy mouthfeel to the vibrant fruitiness. There are floral aromas along with vanilla and toasted nutmeg which carry to the soft and fruity palate where a fusion of peach, mango and mandarin envelope the palate with subtle nuances of vanilla and cream. A lovely line of acidity throughout leads to a long and tasty finish. 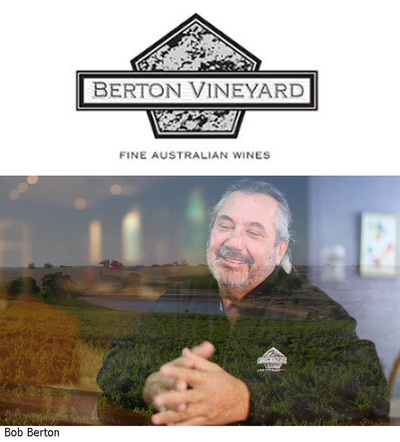 Berton Vineyards was established in 1996 by Bob and Cherie Berton when they purchased a block of land in High Eden, a subregion of the Barossa Valley, South Australia. This idyllic property sits 450m above sea level on gently rolling hills, except for the Chardonnay block which is anything but gentle.

Bob and Cherie set about planting the first Berton Vineyard cuttings that spring, ten acres of Shiraz and seven acres of Chardonnay, without any permanent water. It wasn't until the following year, in 1998 when the dam filled that the vines got a decent drink. It was due to these conditions and the seemingly hydrophobic podsolic soils that the vines struggled to become established. After a few years where the vines still looked like rootlings, a Swedish friend of theirs jokingly called it the bonsai vineyard and the name stuck and later became the name of their premium Shiraz. High Eden has a high annual rainfall so the vines are looking good these days. After the dam was established and water plentiful they went on to plant Cabernet sauvignon and Sauvignon Blanc.

In 2005 the decision was made to purchase a winery to process the 100 odd tonnes that was produced at the High Eden Vineyard. In 2005 when the former Southcorp winery in Yenda became available, Bob and Cherie joined with Jamie Bennett, Paul Bartholomaeus and James Ceccato to form Berton Vineyards the company. The winery was purchased and the guys moved to their new home in November 2005.

Over the years they've also formed some close relationships with growers of the Riverina, who they work in partnership with to bring high quality fruit from around the region which forms the majority of their annual grape intake. They crush and ferment each vineyard in batches and then grade and blend accordingly. The fruit from the Riverina region generally makes up the Oddsocks, Foundstone and Head Over Heels ranges.

For the Reserve and Metal ranges, they've been working with vineyards in the Coonawarra, Tasmania, Swan Valley, King Valley and Yarra Valley. Over the years they've continued to source fruit from the same vineyards in order to build a consistent product with fruit hand selected from the best vineyards.