An aromatic array of star anise, vanilla, cloves and cinnamon fill the nose along with ripe oranges which develop further on the palate where a touch of herbiness also comes through.

Finishing with a generous sweetness and a slight hint of ginger this is a spiced rum with a lot going on. 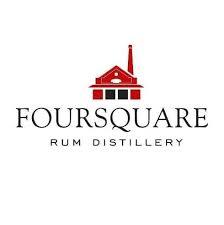 The Foursquare Distillery occupies the site of a former sugar factory in the south of Barbados that dates back to 1636 and is one of the most modern and efficient rum distilleries in the world, designed to be both highly energy efficient and environmentally friendly. The distillery produces light rums in a three-column vacuum still and heavier rums in a modern pot still. RL Seale & Co one of Barbados' oldest trading houses is the owner and the Foursquare brand is one among several other rum brands that they produce. Current head distiller, Richard Seale, is one of the regions most innovative distillers and blenders and has a passion for producing perfect rum with great flavour.

Rum has been produced on the island of Barbados for more than 300 years, but it was not until the 1906 Rum Duty Act was passed that the industry began to develop as we know it today. Prior to this, distillation took place on many of the plantations, but the new law meant the distilleries had to obtain a licence and could sell only in bulk. Hence many of the Bridgetown trading companies became bottlers, including Martin Doorly & Co, and the growth of branded names began. Martin Doorly evolved into Doorly's Macaw Rum, and became the first bottled rum exported from the island. Doorly's rums are still famous throughout the world.