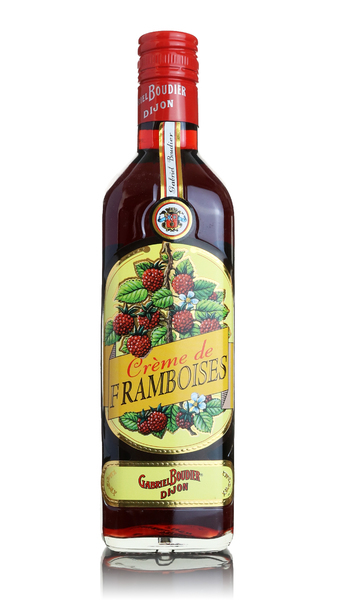 In a nutshell:
A hugely aromatic and vibrant fruit crème made with raspberries.

The lowdown:
Bursting with heady raspberry flavours this classic fruit créme liqueur is made with both Scottish and French raspberries macerated in sugar and alcohol. Add it to Champagne and other good sparkling wines to make a wonderfully bright and delicious aperitif.

Based in Dijon the company can trace its roots back to 1874. Since 1936 it's been owned by the Battault family, the fourth generation of whom are now running the business and it's now one of the few independent producers of its kind left.

While Crème de Cassis de Dijon is the liqueur at the foundation of things they've since expanded the range to encompass crème liqueurs made from many other fruits to eaux de vie, gin and other spirits. With their drinks being key ingredients to so many cocktails there won't be many bars across the world they're not seen in.