In a nutshell:
A deliciously ripe and zesty Marlborough Sauvignon Blanc made by highly regarded Greywacke.

The lowdown:
The fruit for this comes from various prime sites in Marlborough's southern valley's and central Wairau plains which is picked at night to preserve maximum freshness. Whilst most of the juice was fermented using a cultured yeast a small proportion was allowed to undergo spontaneous fermentation which helps adds to the range of flavours. It has a wonderful crisp citrus feel and the stone fruit flavours add intensity while retaining a refined mineral character, good mouth-filling body and generous length.

When to drink:
Quite a full and opulent style and as well as being great by itself is a good partner to shellfish and vegetable dishes. 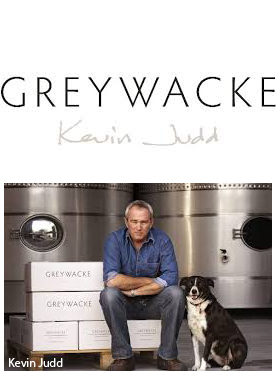 Greywacke's founder Kevin Judd can justly claim to be one of Marlborough's pioneering winemakers having helped create the style of Sauvignon Blanc that put New Zealand wine firmly on the map. He was born in England and grew up in Australia where he studied winemaking at Roseworthy College near Adelaide. Moving to New Zealand in 1983 he became a founding winemaker at Cloudy Bay where he directed the first 25 vintages before establishing his own label, Greywacke, in 2009.

Their name 'Greywacke' (pronounced grey-wacky), is a geological term for the rock which forms much of New Zealand's bedrock, was adopted by Kevin for his first Marlborough vineyard, located in Rapaura, in recognition of the prevalence of rounded greywacke river stones in the vineyard's soils. Their offices are based nearby just on the edge of the small town of Renwick.

The approach to their winemaking is determinedly non-interventionist. Their flagship wine, Greywacke Wild Sauvignon, is fermented exclusively with wild yeasts as is the Chardonnay and Pinot Noir. Whilst his credentials and wine making reputation is unparalled in the region Greywacke is likely to remain a realtively small scale operation. They don't own any of their own vineyards and the wine is made at the neighbouring Dog Point winery. As well as being a winemaker Kevin is also an accomplished photographer and has published several books.