In a nutshell:
An outstanding English Sparkling Wine from Hambledon of Hampshire, England's oldest commercial vineyard.

The lowdown:
This Chardonnay dominated Premiere Cuvee has all the marks of a very good Champagne but with classic English acidity and an intense, linear finish. Complex, expressive, rich and leesy aromas with notes of confit lemon, orange blossom and white liliy. A rich and broad palate with baked apple, white peach and ripe apricot fruit flavours evolving into notes of tarte Tatin and almond croissant. The classic English, refined, mouth-watering acidity gives great structure to the wine holding everything together. Elegant, complex and intense.

When to drink:
This richer wine can work well with more decadent foods such as lobster, scallops and turbot but works just as well with fish & chips or as an aperitif. 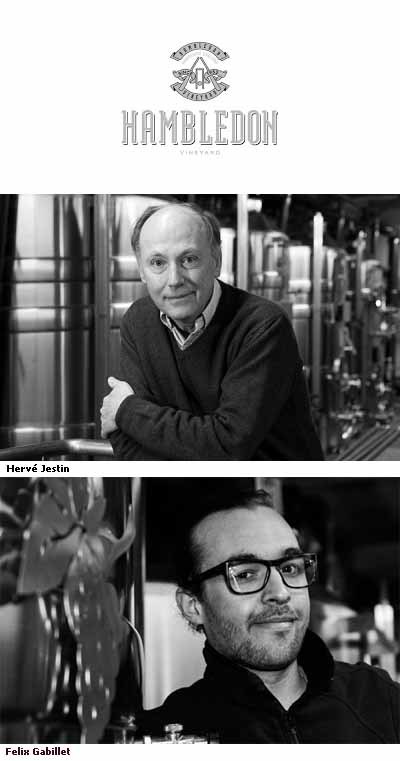 Established in 1952 by Major General Sir Guy Salisbury-Jones, Hambledon situated in the Hampshire Downs between Winchester and Portsmouth, is possibly Englands oldest commercial vineyard. Ian Kellett acquired Hambledon Vineyard in 1999. As a passionate wine lover, Ian was intrigued by the winemaking heritage of the property. After analysing the commercial potential for English wine, he began studying oenology at Plumpton College in Sussex with a view to restoring Hambledon to its former glory

Research convinced him that sparkling wines were the future and in 2005 Ian planted a 10-acre test bed of Chardonnay, Pinot Noir and Pinot Meunier to see which of the 27 different combinations of vine clones and rootstocks gave the best results. The chalk on which the vines grow was formed on the seabed of the Paris basin some 65 million years ago. It is part of the Newhaven Chalk formation that developed between the Santonian and Campanian eras of the Upper Cretaceous period. The same chalk, with the same Belemnite content, is found in the best Chardonnay areas of the Côtes des Blancs in Champagne.

In 2011 one of the other final pieces of the jigsaw slotted into place with the appointment of Hervé Jestin, formerly one of Champagnes leading chefs de cave. A renowned expert in minimal-intervention winemaking, Hervé directs all winemaking at the Estate. Hambledon Vineyard now comprises over 200 acres of vineyards and the only gravity-fed, state-of-the-art winery in the UK. In 2015 Felix Gabillet joined the team as assistant winemaker and now heads up the onsite team working alongside Hervé.

Today, the House produces three cuvées, all of which are currently Chardonnay-led, non-vintage blends, capitalising on the quality of the chalky terroir of the South Downs and its ability to produce top quality wines.