Hardywood's Raspberry stout is brewed with chocolate malt, cacao nibs and late season raspberries grown in Virginia. It's strong, full bodied and quite beguiling with notes of rich dark chocolate and rasberry jam. 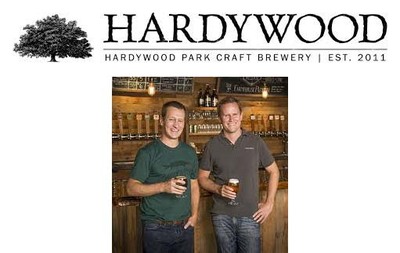 When Hardywood opened its doors in the city of Richmond, Virginia in 2011 it was one of only two craft breweries in the city. Since then, thanks to a state law passed in 2012 allowing craft breweries to sell beer direct to consumers from their premises the city is now one of the premier craft beer centres in the USA.

During that time Hardywood, under the guidance of their founders Eric McKay and Patrick Murtaugh Hardywood has become one of the pre-eminent craft breweries in the state of Virginia. They currently have three breweries, two in Richmond and one in Charlottesville, and they're very much a key part of the state's vibrant craft brewing scene. Wherever possible they use ingredients grown in their home state of Virginia and their dizzying array of beers covers pretty much most of the styles to be found, traditional and cutting edge.