In a nutshell:
Distinctive and full flavoured Pils from Germany's Krombacher Brewery.

The lowdown:
Often claimed to be the most widely consumed pils beers in Germany it has a full and attractive hoopy aroma balanced with a light malty character and subtle, refreshing bitterness. 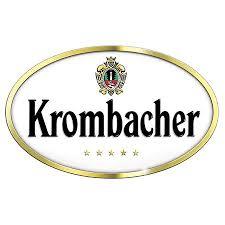 As with most German breweries, Krombacher has a long history dating back to the early 1800s when it was established by founder Johannes Haas in the village of Krombach. Unusually for such a large producer Krombacher have only moved once since their establishment and famously still draw some of the brew water from the same spring Haas used when the brewery was first set up. Unsurprisingly, this water source has now been named the Krombacher Rock Spring.

Although Krombacher produce just a small range of beers, they are best known for their pilsner which is one of the widest consumed beer of its style throughout Germany.