The exuberant strawberry fruit aromas blend happily with subtle earthy tones and an occasional glimpse of liquorice and spice peaks out from behind the meaty, herbal flavours. The tannins are grippy but not overly so, resulting in a very satisfying drink.

Try with game, poultry, or mild to medium flavoured cheeses. 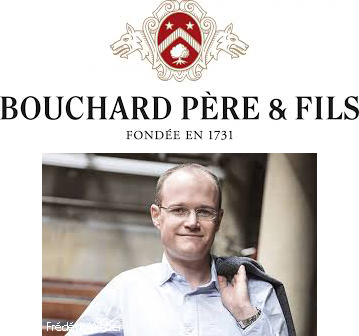 Founded in 1731 in Beaune by Michel Bouchard, Bouchard Père & Fils, is one of the oldest wine estates in Burgundy. In 1775, Joseph Bouchard acquired his first vineyards in Volnay in the famous 'Les Caillerets' climat and from there started to develop the family's vineyard holdings.

During the French Revolution, property belonging to the clergy and nobility was confiscated and put up for sale. Joseph's son, Antoine Philibert Joseph Bouchard, seized the opportunity to extend the family's vineyard holdings in Beaune including the famous 'Beaune Grèves Vigne de l'Enfant Jesus.' They continued to build holdings in the best villages throughout the later 19th and early 20th centuries.

In 1995 Bouchard Père et Fils was bought by Joseph Henriot, whose family have been growers and producers in Champagne for over 200 years. Today, Bouchard Père & Fils is the largest land-owner in the Côte d'Or, with a 130 hectares of vineyards in total. Operations in the cellars are overseen by head winemaker Frédéric Weber.