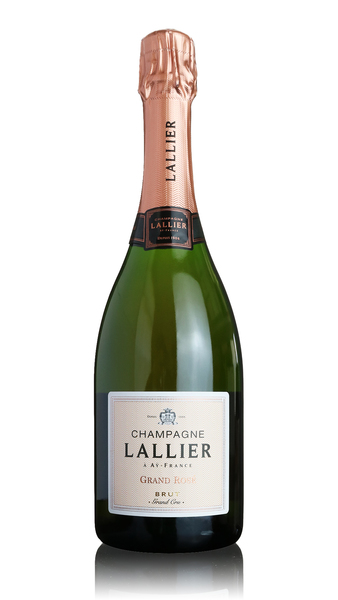 In a nutshell:
A pretty pale pink, stylish and elegant Rosé Champagne.

The lowdown:
Champagne Lalliers Grand Rosé is made exclusively from Grand Cru parcels. Rather than separately vinifying and then blending Chardonnay and Pinot Noir as isi normally done, winemaker Francis Tribaut prefers the millefeuille technique. By alternately layering Chardonnay and Pinot Noir to extract colour without tannin. The wine is then aged on lees for at least 3 years and disgorged 4 months before shipping. This elegantly charming pink Champagane is full of rose petal aromas and an infusion of red fruits on the palate. The mousse is soft and creamy and enhances the brioche notes wonderfully.

When to drink:
Elegant and very sippable, the perfect Champagne combination it's designed to be enjoyed as an apéritif. Pairing it with shellfish, salads, simple fish dishes or fruit based desserts also works really well. 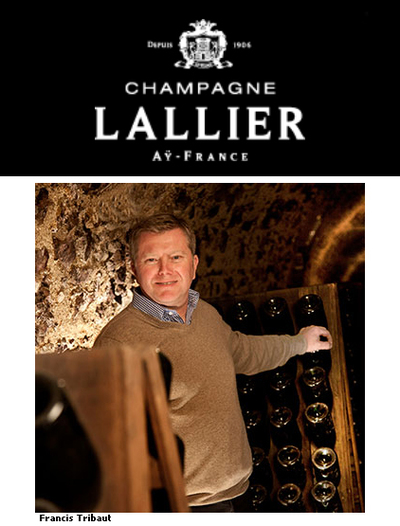 The first bottles to bear the Lallier name appeared in 1906, when the Champagne house was founded by René Lallier who had married into a prestigious Champenois family. Lallier has been firmly rooted in the village of Aÿ ever since. In 1936, Aÿ was one of the seventeen villages to be classified as Grand Cru in Champagne, a clear indication of the quality of the grapes that grow on its famous hillsides and the remarkable wines they produce.

In 1996, René-James Lallier, the founders grandson, carried out major modernisation work on the winery and refurbished the cellars in which Lalliers Champagnes are aged. He enlisted the help of Francis Tribaut who, at the time, worked as a consultant to some of the most prestigious Champagne houses, as well as managing his familys domaine in Romery.

Having worked so closely together, when René-James Lallier decided to sell his business he naturally asked Francis Tribaut if he was interested in buying it. Francis took up the challenge, convinced of the potential of Lallier brand.

Free to craft wine in the spirit of an artisan domaine, Francis vinifies each parcel of grapes separately using a Lalliers own house yeast, and he keeps the dosage low to create Champagnes with real character and finesse.