In a nutshell:
A ripe, buttery and subtly oaked Chardonnay from a famous Burgundian producer.

The lowdown:
Louis Latour's reputation for top notch white Burgundy is unsurpassed, unfortunately sometimes the prices they fetch fully reflect this. However since the 1980s they've been making excellent Chardonnay in the Burgundian style from their vineyards not too far away in the Ardèche where the climate is perfect for ripening but the real estate prices somewhat more modest. Their Grand Ardèche Chardonnay is made in the same way as their Cöte d'Or wines being aged for around ten months in oak barrels to give that characteristic Burgundian style. On the nose fresh almond and vanilla notes mingle with crisp apple and citrus while the palate has ripe apricots and a touch of brioche richess.

When to drink:
Nicely full bodied it's a good match to roast chicken, or pasta dishes in a creamy sauce. 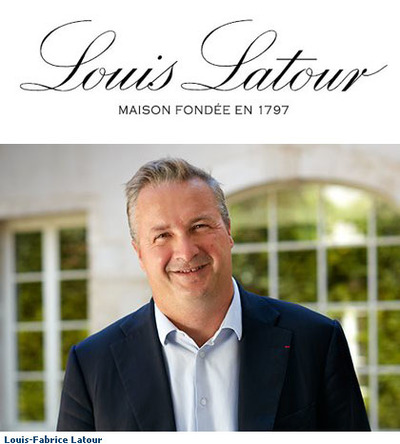 The Latour family are long established in Burgundy's wine trade and are, without doubt, one of the best known names in the region. Their reputation for producing high quality whites is second to none. They began as vine growers in the village of Aloxe-Corton as early as 1760s and went on to establish today's business, Maison Louis Latour, in 1797. Headquartered in Beaune they make wines from their own 50 hectare domaine in the Côte d'Or including a major holding on the famous Corton hill. And the négociant arm of the business is also extremely active. Since the 1980s they've also established operations outside of Burgundy in the Ardèche and Var regions further to the south where they specialise in good value Chardonnay and Pinot Noir respectively. They also produce all their own barrels at their small, traditional cooperage in Savigny-Lès-Beaune.

The company has been in family ownership for 11 generations and is now led by Louis-Fabrice Latour the seventh Louis Latour to run the business. He is ably supported by head winemaker Jean Charles Thomas and domaine director Christophe Deola.