In a nutshell:
A Swedish single malt whisky matured in native oak barrels.

The lowdown:
A lovely nose of citrus, pear and honey with toffee notes leads onto a smooth and fruity palate with citrus, caramel, black pepper and hints of sandalwood and dried ginger.

It's round and warming and having been aged only in slow growing Swedish, has a character all of its own. 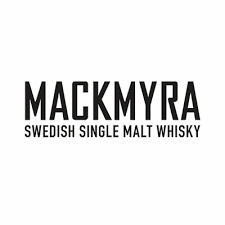 When founded in 1999 and named after the village of Mackmyra, some150km noroth of Stockholm, where the initial distillery was established it was the only whisky distillery in Sweden.

Since then, their approach of using, as far as possible, only ingredients from their own part of the country and their meticulous standards have earned them a growing reputation on the international stage. In 2012 they opened a second distillery in the nearby town of Gävle and now produce many expressions, but remain focussed on single malts as the core of their product range.

Nikka from the Barrel Japanese Whisky