A Central Loire Sauvignon Blanc from an up and coming appellation that gives many a Sancerre more than a run for its money. Menetou-Salon is 10 miles south west of Sancerre, sits on the same soils and, in the right hands, makes comparable wines without the same price ticket. This has intense tropical and citrus aromas, a palate of citrus, peach, watermelon with fresh minerality and a nice weight and roundness to the body. An excellent partner to grilled and roasted white meats, fish and seafood. 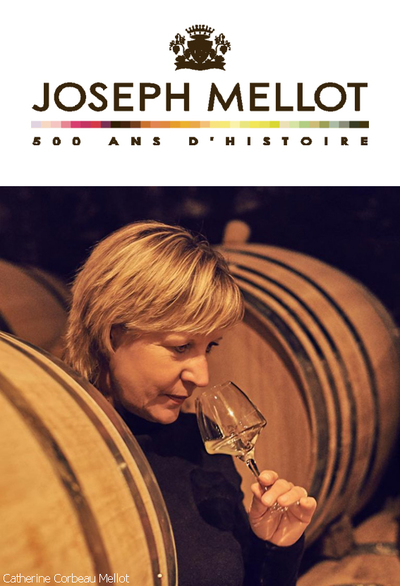 Deeply rooted in the heart of Sancerre, the history of Joseph Mellot spans 500 years and several generations of the Mellot family. Founded by Pierre Etienne Mellot in 1513, the family-run estate is today one of Sancerr''s largest and undoubtedly most prestigious.

In 1984, the current generation, under the stewardship of Alexandre Mellot, took over the estate. Alexandre Mellot was one of the regional pioneers who believed in the huge potential of the Loire's Central Vineyard wines. He invested in the expansion of vineyards, modernisation of the winery and in developing exports. In 1987, he was joined by his wife, Catherine Corbeau-Mellot, who then looked after sales and marketing. Following Alexandre's tragic death in 2005 Catherine took the reins of the family business.

In Sancerre the name 'Joseph Mellot' extends beyond just the wine estate, and as a family they were arguably visionary in the development of wine tourism in the Loire. In 1882, the family founded the Auberge Mellot in Sancerre. Since its very beginning it has always been run by the women of the family and is today looked after by Alexandre's sister. Famous guests have included Claude Monet.