In a nutshell:
A fresh and delicious biodynamic Morgon, one of the leading Beaujolais Crus.

The lowdown:
Morgon is widely thought of as one of the foremost crus of Beaujolias and this wine is made by one of its finest producers who is committed to suatainability and biodynamics. Bursting with cherry, liquorice and violet, the flavours are wonderfully bright and pure with the right measure of crisp acidity that highlights the pure fruit perfectly.

When to drink:
A, quite simply, wonderfully enjoyable wine. A good food match is meaty fish like halibut, or swordfish. 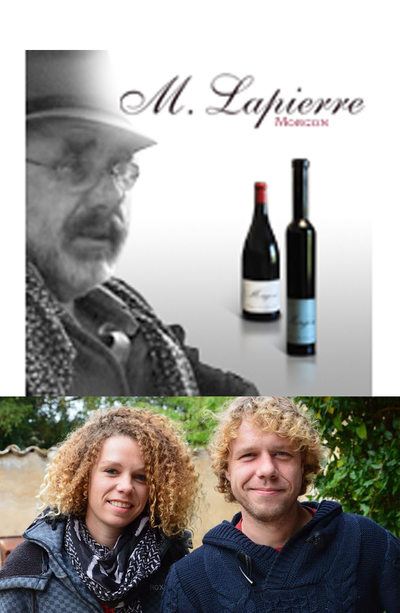 This is a family estate based in Villié-Morgon in the heart of Beaujolais that was founded at the beginning on the twentieth century and has been handed down through the generations. It was when Marcel Lapierre took over from his father in 1973 that they started out on the road to prominence. And Marcel himself became a leading light in France's natural wine movement until his untimely death in 2010. A hero to many winemakers, he was one of the first to embrace biodynamics, wild yeast, and minimal use of sulphur.

Marcel's children, Mathieu, and Camille, who took over in their turn hold the same values as their father and continue to produce fantastic wine as naturally as possible while ensuring the bottles reach the consumer in perfect condition. The domaine's vines, cultivated organically since 1981, are an average age of 60 years old and spread over 13ha in Villié-Morgon area, two of which are in the Côte de Py. The cultural techniques used help preserve the soil's natural biology, while also helping the vines take root deeply and absorb the elements necessary for the individuality and flavour of the Cru.

The domaines Morgon is widely regarded as one of the finest in Beaujolais and very few wines can match it for sheer drinking pleasure.