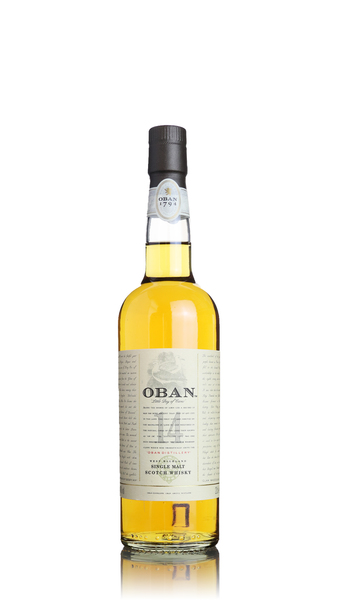 In a nutshell:
A small 20cl bottle of a quite sought after rich, subtly smoky and fruity Highland single malt.

The lowdown:
Oban's 14 year old is the distillery's flagship single malt and the one for wihich it's gained quite a reputation. From one of the smaller highland distilleries it's still made in a slow, tradtional way which ensure its distinctive character shines through. Described as having a 'West Highland' flavour, it has a smoky, honeyed character with citrus orange, sea salt and hints of ginger. And it rounds off with good long finish suffused with dry oak and fruity notes. A delightfully light highland malt with a pleasurable hint of sweetness. 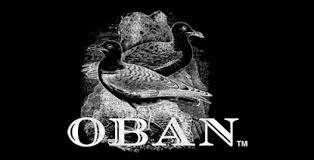 The history of Oban distillery goes back to the late eighteenth century and is completely bound up in the founding of the town itself which was built at the behest of the Duke of Argyll who wanted to build some revenue from his lands by developing it at strategic points. As a result a brewery, which became today's distillery, was built at the heart of the new town as it was first built.

Today the distillery remains in the same town centre location and, with only two stills, is one of the smallest in the highlands. In the 1960s, when big was beautiful, it was earmarked for closure by its owners, but, fortunately this decision was reversed in 1972 and a new stillhouse was built on the site.

In the late 70s and early 80s Oban became one of the early distillieries supplying the new single malt category and it's from these beginnings that its present day reputation can be traced. From its early days it underwent frequent changes of ownership, but since the 1930s when it was bought by the Distillers Company it has remained under this group's umberella who are currnetly known as Diageo.