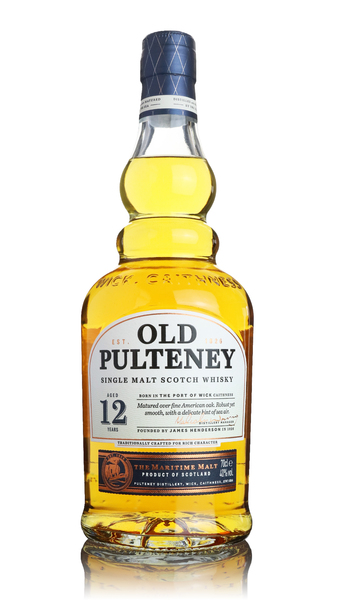 In a nutshell:
An extremely smooth and faintly salty Highland single malt aged in ex-bourbon casks.

The lowdown:
Old Pulteney 12 Year old is the flagship expression of this small and perfectly formed distillery in the far north of Scotland. The salty, humid and mild sea air of the area adds a unique character to the whisky. It's matured wholly in ex-Bourbon casks which results in a whisky with a plethora of sweet, floral and citrus flavours, hints of chocolate and a hint of briny salinity. It signs off with a slight spicyiness and sweetness on the lingering finish. 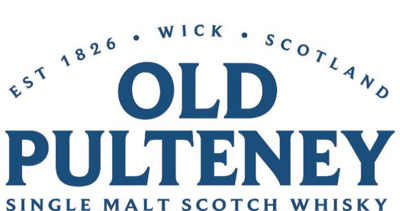 On the most northerly shores of Scotland at Wick in Caithness is where Old Pulteney is located. The distillery was founded by James Hendersen in 1826. Lying close to the coast it was, at the time, only accessible by sea. With the whisky being exported on boats and barley was shipped in the same way its maritime traditions were such that distillery workers often moonlighted as fishermen.

Pulteney operated under Buchanan-Dewar, who became part of Distillers Company Limited in 1925. Five years later the stills of Pulteney fell silent and it wasn't until over twenty years had passed that production restarted, following Robert Cummings acquisition in 1951. Allied Breweries subsequently purchased the distillery along with parent company James & George Stodart Ltd in 1961. Following the acquisition of Pedro Domecq, Allied sold the Pulteney whisky distillery to Inver House Distillers, who are the current owners, though since 2006 they have been under Thai Beverage control.

As Scottish distilleries go it is relatively small with a capacity of just one million litres annually. Their Single malts are bottled under the name Old Pulteney.