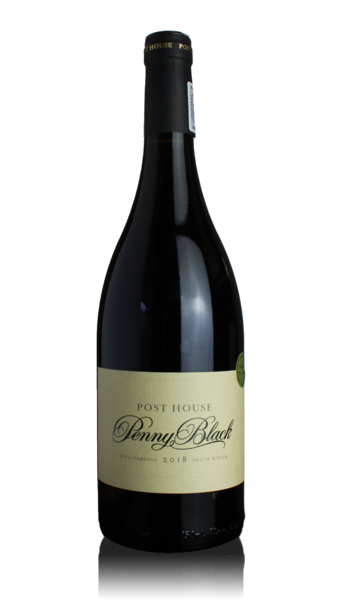 In a nutshell:
A big, dark, brooding South African red blend from the Stellenbosch region.

The lowdown:
Post House's vineyards are at the foot of the Helderberg mountains with a gently sloping western aspect for their red grapes. It's often commented that their reds are among the deepest and darkest in colour and this is a result of their hands off approach in the winery. Penny Black is a blend of mainly Shiraz, Merlot and Cabernet Sauvignon and has a big, complex and soft nose which opens up into a full-bodied, smooth and deep wine with robust tannins and layered flavours of blackcurrant, fruitcake, white pepper and spice.

When to drink:
With the firm tannins its juicy nature this is one to try with big, rich red meat dishes. 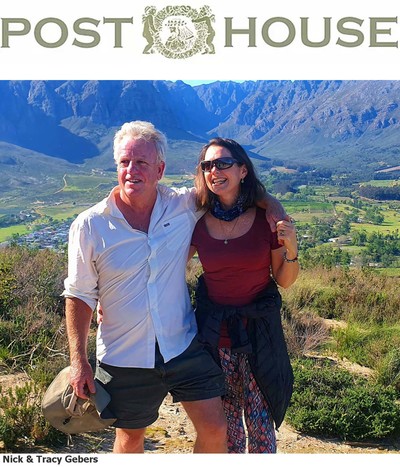 Hermann Gebers bought the farm in 1981 in the picturesque area between the towns of Somerset West and Stellenbosch. Situated on a ridge, the winery offers panoramic views of Cape Point, False Bay and the surrounding Helderberg Mountains. This area is one of the preeminent wine regions in South Africa and falls under the ward of Stellenboch.

The farm was systematically planted to vineyard. In 1996, current owner and winemaker, Nick Gebers made a couple of experimental barrels. Two vintages later, and after a stint in Burgundy, the first vintage was released.

As the Homestead had originally operated as a Post Office, which used to serve the local missionary community of Raithby, it was a logical step to associate the wine with its postal origin. The winery was thus named Post House.

The property covers a total of 71 hectares of which 38 hectares falls under vineyard. Situated 7km from the False Bay coast between Somerset West and Stellenbosch, a breach in the coastal ridge channels the south and south west winds towards the vineyards and these being generally cool breezes helps moderate the summer temperatures.

The site, which was originally a mix of tobacco and bush wines up until the early 80s was systematically planted to vineyard, each vineyard was selected to what was considered the best cultivar match for the terroir.