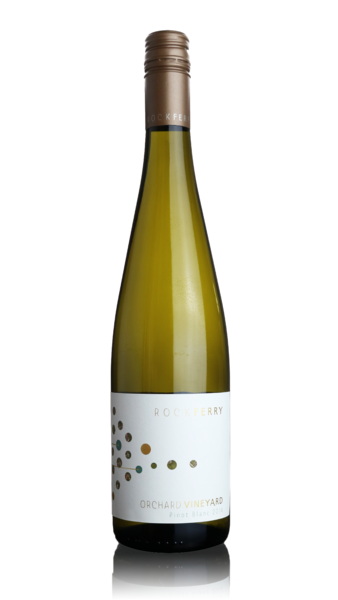 In a nutshell:
An organic Pinot Blanc from Marlborough in New Zealand that's oozing personality.

The lowdown:
Pinot Blanc is not a variety much seen in New Zealand, but at Rock Ferry they've really got the measure of it. The fruit for this is grown entirely in their Orchard Vineyard in the Rapaura sub-region of Marlborough. Everything is hand picked with most of the juice being fermented in stainless steel with a small proportion in going into seasoned oak puncheons which add an extra dimension and texture. The result is a big flavoured wine with aromas of pear, almonds, mandarin and a hint of florality. It has a beautifully concentrated palate which is creamy in the middle and laced with flavours of meyer lemons and subtle toasty notes.

When to drink:
With a bit of bottle age it's developed a real character and depth. When pairing with food it'll go well with rich fish and seafood dishes and also chicken, turkey and feathered game. 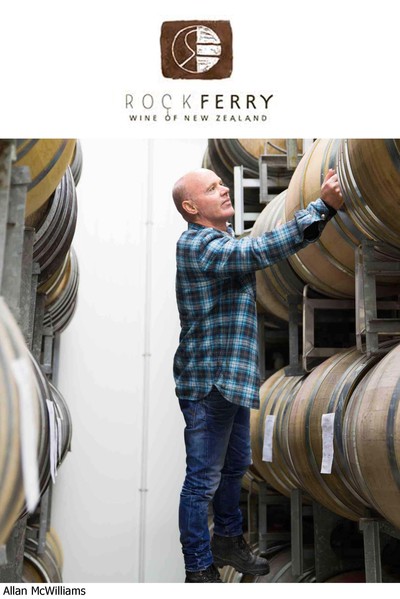 Rock Ferry was established in the mid 2000's by Tom Hutchinson and Fiona Harvey. Prior to arriving in Marlborough Tom had worked in Australia, the Napa Valley and France and studied viticulture at UC Davis in California while Fiona is a native of the Blenheim region. Their winemaker is Allan McWilliams who has been with them since the outset and whose CV includes an oenology degree from Roseworthy College in South Australia followed by experience across the world from Australia to Oregon, Bordeaux and Piedmont in Italy. He's also made wine at several high profile wineries in Marlborough itself.

In addition to their two vineyards in Marlborough where they cultivate Sauvignon Blanc and a range of other white varieties they also have a vineyard down in Otago where, naturally, Pinot Noir is king alongside some more unusual varieties for the region such as Tempranillo and Nebbiolo. These days all their vineyards are managed biodynamically and they were one of the first certified organic producers in Marlborough. Both Tom and Allan have a great belief in biodynamic farming as they feel it allows the true nature of the land to be expressed in the wines they make. Rock Ferry is also a part of the Marlborough natural winegrowers group, MANA, a collective of winegrowers whose aim is to promote organic viticulture and winemaking in their home region.