A minerally and rounded French Sauvignon Blanc from a small appellation not far from Chablis.

The small village of Saint-Bris, at the northern end of Burgundy near Chablis has the distinction of producing the only Sauvigon Blanc carrying a Burgundy appellation - pretty much all the others are Chardonnay. This is made by the top Chablis producer William Fèvre it has a very aromatic bouquet dominated by notes of exotic fruits and blackcurrant leaves. It's fresh and round on the palate with a pleasing smoothness and vibrant minerality.

Geographically and in character it's in between the heartlands of Burgundy and the Loire. Perfect with salads, seafood and grilled white meats. 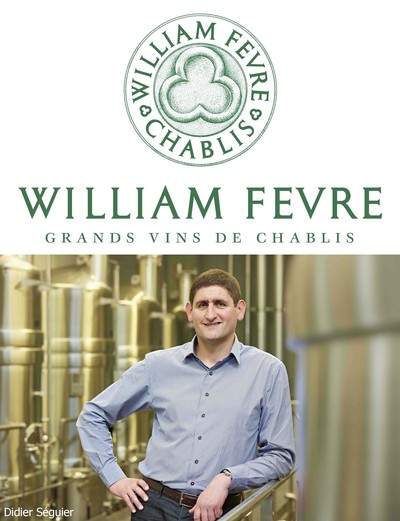 Situated in the heart of the town of Chablis William Fèvre is one of the appellation's great domaines. It was devleoped by William Fèvre himself in 1957 and between then and 1998, when he retired and sold the business to Champagne house Joseph Henriot he acquired some of the best 1er and grand cru vineyards in the appellation.

They are now one of the biggest land owners in Chablis with 78 hectares of prestigious vineyards, of which 16 are Premier cru and 15 Grand cru. With holdings in six of the seven Grand cru appellations, no other producer can claim such a wide array of Chablis' finest vineyards. The vineyards are carefully managed to preserve their quality. Yields are always limited, and the vines have been cultivated using organic methods for many years. The domaine harvests by hand placing the grapes into small crates. This is followed by careful sorting and close attention to detail is paid to every stage of the process. Domaine William Fèvre has practised sustainable growing in its vineyards for nearly ten years. Joseph Henriot took over the business they appointed the inspirational Didier Séguier, who has previously been with Bouchard Père et Fils in Beaune, as head winemaker. Since then William Fèvre has continued to develop their excellent reputation and have become one of the benchmark producers of classic Chablis.