Spain's biggest export beer brand is a full bodied, golden pilsner with a great taste. According to the label it is brewed somewhere in the E.U., most likely by Carlsberg UK, Northampton. 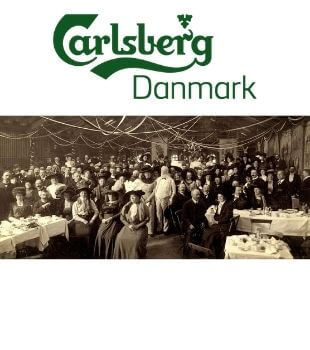 Carlberg's founder Jacob Christian Jacobsen was born in 1811. His father owned a brewery, which upon his death, JC Jacobsen took over the brewery and ran it. Driven by a great passion for beer and an interest in science, Jacobsen starts a lifelong journey to improve the quality of his beer. His first stop is Bavaria, where he studies the latest brewing techniques at Gabriel Sedlmayr's Zum Spaten brewery in Munich. Jacobsen's first brew of lager beer is born in his mother's copper washing dish. He refines the process further at the brewery until he is satisfied with the quality. The new type of lager creates a need for cooler storage space, and JC Jacobsen finds a suitable area outside Copenhagen on Valby Bakke. He names the new brewery after his five-year-old son Carl and with inspiration from the location on Valby Bakke, and it is called Carlsberg. The first brew of Carlsberg was completed in November 1847.