This full bodied beer has a vein of sweetness and a classic malty character with a bold and unique twist. It feels like a stack of blueberriy pancakes smothered in maple syrup have been crammed in as well. Something a bit different and a treat for the tastebuds. 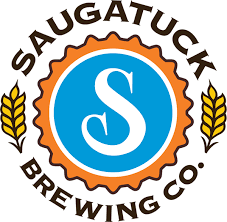 Since their opening in 2005 Saugatuck Brewing Company have steadily grown from small beginnings to currently operating a 45 barrel plant with a large brew pub and dining rooms on site. They're based near to where they started in the town of Douglas, Michigan in America's Mid-West not far from the shores of Lake Michigan.

They take great pride in being rooted in the culture of their local area and while their beers are now found in 11 states across the USA and in a few export markets such as the UK they're very much a craft brewery in the true sense of the word.