A deep ruby coloured and fruit filled Israeli Red with an easy appeal and it's also Kosher.

The vineyards for this wine are found in the foothill of the Judean hills, not too far from Jerusalem. It's made by one of the country's foremost winemakers, Ido Lewinsohn from the distinctively Israeli grape variety Argaman. After fermentation the wine was aged for 12 months in French oak barrels prior to bottling. It has aromas of ripe black fruits which combine with a touch of oak on the nose. On the palate it's light to medium bodied, with flavours of red fruit, spice and Mediterranean herbs. Well structured with smooth tannins and a balanced acidity, the red fruit flavours lingering long on the lingering finish.

Bright and bracing this excellent value wine if great by itself and as a partner to mildy spicy Mediterranean cuisine. 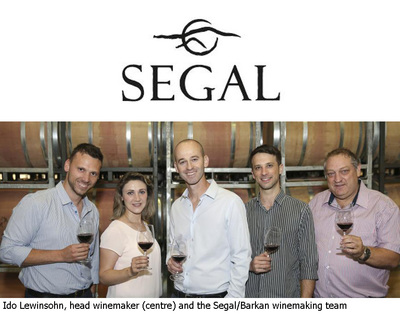 Segal is among the older names in the Israeli wine industry. Originally founded as a distillery in the 1920s by the Segal brothers who were Russian immigrants they went on to establish a winery shortly after WWII which was run as a family owned concern until 2001 when it was acquired by Barkan Vineyards. Together Barkan and Segal comprise Israel's largest wine producer and it currently part of the Tempo Beverage Company, one of the country's largest drinks conglomerates.

With the recources of a major company behind them, in recent years, significant investment has been put into Barkan's operations and, among other things, they've engaged some of the world's leading consultants, such as the likes of Alberto Antonini, to enable them to drive up standards. In 2017 they appointed Ido Lewinsohn as head winemaker. He is without doubt one of Israel's most talented winemakers with a CV that has seen him work across the world. He heads up a team of dynamic young winemakers who, between them, are turning out some top quality wines. Among the wines they make some of the most impressive are made from Argaman, a crossing between France's Carignan and Portugal's Sousão, which is particularly well suited to Israel's climate and soils.