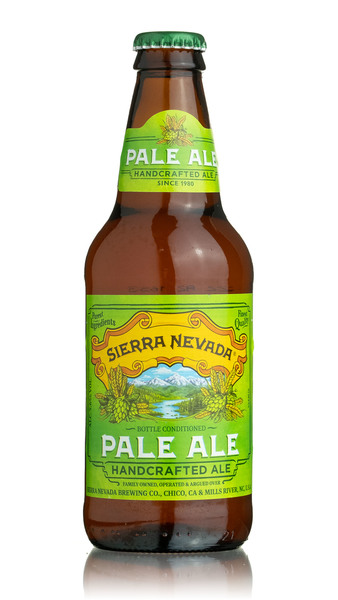 The lowdown:
Sierra Nevada pale ale is a delightful interpretation of a classic style. It has a deep amber colour and an exceptionally full bodied complex character. Generous quantities of premium Cascade hops give the pale ale it's fragrant bouquet and spice.

Sierra Nevada was famously established in the late 1970s by two keen home brewers who had a shared love of the Sierra Nevada mountains. Initial loans from friends and family built a brewery - of sorts! Rather unconventionally their first brews were made using scrap metal and dairy equipment! Now one of the largest breweries in America it wasn’t all plain sailing as the company almost folded several times in the first 10 years. However, a glowing article in the San Francisco Chronicle bought much needed attention and Sierra Nevada haven’t looked back since. Despite their size and popularity, the brewery remains independently owned and their ales still have a craft beer hallmark to them.