In a nutshell:
A very food friendly Napa Valley blend of Cabernet Sauvignon and Merlot.

The lowdown:
Even in the august Napa Valley Stag's Leap is one of the most illustrious names of all and the quality of their pedigree is there to see across all the wines they make. Their Hands of Time red blend in 2017 comprised around two thirds Cabernet Sauvignon and a third Merlot. It was an excellent vintage, for the third year in a row, and yielded high quality, ripe fruit with elegant tannins. After vinification it was aged for 21 months in mostly French oak and the result is a wine with aromas and flavours of wild berries and cherry blossom with hints of sage, clove and cocoa powder. On the palate the bright red cherry flavours carry through and blend excellently into the silky smooth tannins which show well on the long and supple finish.

When to drink:
With a warm and spicy core it'll pair excellently with roasts, or prime cuts of grilled or barbecued meat. 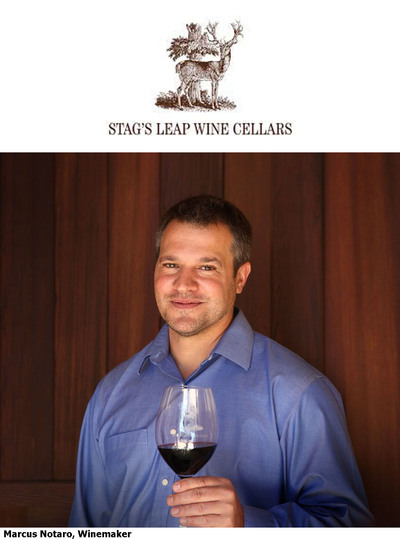 Notable as the Californian winery that won the Cabernet Sauvignon competition known as the Judgment of Paris, thus placing them ahead of the best Bordeaux had to offer, Stag's Leap Wine Cellars have since been considered as Napa Valley's 'First Growth' estate.

The winery itself is situated in Silverado in the heart of the Napa Valley north of San Francisco and their vineyards are in, what is known today as, the Stag's Leap District Appellation. Their most famous wine is 'Cask 23' which is made only select vintages and fetches quite eye watering prices which makes their 'First Growth' moniker quite appropriate.

The winery was founded by Warren Winiarski in 1972 after he had learned his trade under Robert Mondavi and success soon followed with the 1976 Paris tasting. In the intervening years ownership has passed to a joint venture between Chateau Ste Michelle and Tuscany's Marchesi Antinori.

The estate's winemaker since 2013 has been Marcus Notaro who, prior to moving to Stag's Leap Wine Cellars, made a name for himself at Col Solare in washington State. Having been at Stag's Leap for several years Marcus understands the winemaking philosophy here very well and it was his ability to express both the terroir and varietal character of the grapes that makes him well suited to keeping Stag's Leap Wine Cellars at the forefront of Californian winemaking.